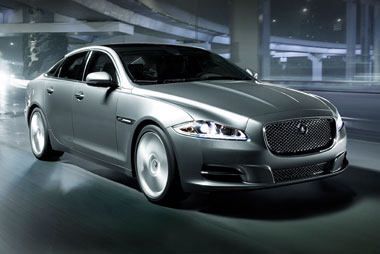 When the Jaguar XJ goes on sale next month, it will mark the latest stage in a radical re-engineering of the firm’s offering to businesses.

Senior executives compare the renewed focus on the brand as a builder of “modern sporting luxury cars” to wiping the slate clean.

Gone are designs that hanker after a past that a dwindling range of customers can remember, in favour of bodies and interiors that embrace modernity and fresh thinking.

For the XK and XF, the brave step has worked, winning sales success, good reviews and plentiful awards (including a coveted Fleet News Award for the XF).

The question is whether Jaguar can score a hat-trick with its new design direction in the relatively conservative £50,000-plus market.

Nearly 600,000 XJs have been sold since it first appeared in 1968, including 80,000 of the current generation which focused heavily on traditional styling.

One thing is certain. Buyers will need to see this car in the metal to appreciate its real beauty.

Even carefully presented pictures from the manufacturer fail to truly capture how good it looks on the road, including the relatively controversial rear end, with its ‘cat’s claw’ LED tail lights.

But the exterior is only the start of a very enjoyable sensory journey.

Inside, the cabin draws inspiration from high-end yachts, powerboats and classic aircraft, with a flowing line of wood or carbon that draws your eye to the very edge of the dashboard, curving behind an instrument panel that is elegant, yet brimming with the latest electronic innovations.

New features include a virtual instrument panel which replaces conventional dials and displays a wide range of information depending on what the driver needs, ranging from the traditional speedometer and rev counter, to sat-nav instructions and warnings, prioritised according to their importance.

An eight-inch touchscreen on the centre console has the option of Dual View technology, which allows the driver and passengers to see completely different views on the same screen, so the driver can view vehicle functions and satellite navigation, while the passenger watches DVDs.

Equipment levels are suitably high, even in base Luxury versions (other specifications are Premium and Portfolio), including features such as laminated side glass to reduce road noise, mood lighting, keyless ignition and/or opening, depending on the model, a panoramic roof, automatic boot opening and voice control.

The vast majority of models sold in the UK will be the 3.0-litre twin-turbocharged diesel, which trounces the old 2.7-litre diesel for power, despite boosting economy from 35mpg to 40.1mpg and cutting emissions by 30g/km to 184g/km.

It slashes acceleration to 60mph from 7.8 to 6.0 seconds using the six-speed automatic gearbox, allied to a steering wheel paddle shift.

All this performance is protected by a diesel mis-fuelling device on the filler cap.

Through judicious use of aluminium, magnesium and composites, the XJ is among the lightest cars in its class and on the road this makes the XJ a surprisingly nimble car.

Jaguar is keen to stress its sporting heritage so the XJ isn’t completely cosseting, but this is the cost of such confident and composed cornering even when pressing hard, helped by a system called JaguarDrive Control which offers different settings including winter and dynamic modes.

There’s a choice of two different lengths in the XJ line-up – the standard car or the long wheelbase version, which has around 13cm more legroom for those in the back, separate rear climate controls, electric blinds and rear privacy glass.

The XJ is a great achievement and a bold statement about the future of the brand.

The new design works well and still retains exceptional luxury that justifies the £50,000-plus price.