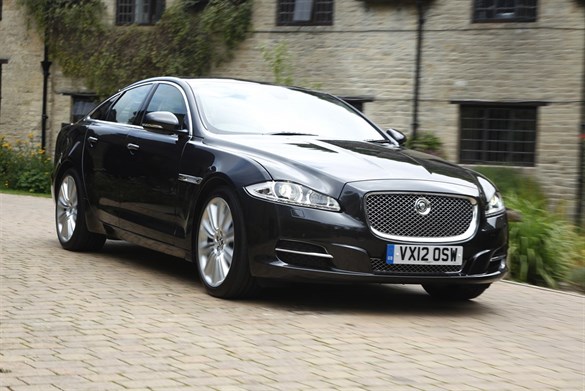 For a senior director of a business, the CO2 emissions of your vehicle might not be at the front of your mind as you sit cossetted in the finest leather, wafting along in near silence.

But it’s important to car manufacturers, as they strive to meet European targets for average CO2 emissions. And as CO2 emissions are directly related to fuel use, fleets that have to use cars in the luxury sector – perhaps chauffeur fleets and companies with a legacy of less restrictive choices for top-level management – should be concerned too.

BMW and Audi have often been at the forefront of offering low-CO2 models, but in recent years other premium brands have caught up, and Jaguar has pulled off a 14% reduction in CO2 emissions with its 2013 version of the XJ.

While the previous model emitted 184g/km, the latest version achieves sub-160g/km at 159g/km, making it competitive with rival luxury saloons. The Mercedes-Benz S-Class, for example, emits 164g/km while the Volkswagen Phaeton V6 TDI is 224g/km. 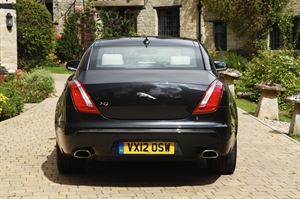 There is a still a little way for the XJ to go, though, in terms of rivalling BMW for emissions as the 740d emits 10g/km less at 149g/km.

Jaguar has achieved the reduction mainly by switching from a six-speed gearbox to an eight-speed transmission with stop-start as standard.

The eight-speed gearbox (the same ZF transmission as supplied to BMW) has allowed the engineers to optimise gear shift points, thereby reducing emissions.

Sadly, the reduction is a short-term benefit tax-wise as from April the capital write-down allowance threshold will fall from 160g/km to 130g/km.

Fuel consumption improvement is one of the 2013 XJ’s most important gains. Jaguar has managed to boost the official combined figure by almost 7mpg (from 40.1mpg in the previous model to 47mpg). Compare this to the current- generation S-Class’s 45.6mpg and the Phaeton’s 32.2mpg, and those cars that are driven gently should deliver a significant cost advantage. 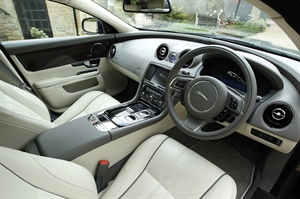 Fuel consumption, combined with the XJ’s high level of technology, should make it appealing to chauffeur fleets.

Parking sensors with a touch-screen visual indicator, adaptive cruise control and Jaguar’s pedestrian contact sensing system (whereby the bonnet raises slightly if it detects contact with a pedestrian to help prevent their head from connecting with hard points under the bonnet) are standard safety features, while blind spot monitoring is also an option for £580.

There is a high level of entertainment equipment. A new 20-speaker Meridian sound system has been introduced, and was fitted to our Portfolio test car, and DAB now comes as standard.

But the touch-screen system isn’t quite as intuitive as you might like. Plug in an iPod or iPhone for the first time and it isn’t immediately obvious where to find it on the screen. Instead, there are a number of options to press to reach the device.

The XJ’s other gadgets are impressive, though. For instance, the dual screen allows the passenger to watch a DVD at the same time as the driver views the sat-nav.

A rear seat comfort pack can be specified for £2,750 and an electric rear window sunblind for £305.

All seats are electrically adjustable – in 18 ways.

Behind the wheel the XJ is no slouch, reaching 0-62mph in 6.4 seconds. It’s surprisingly light and nimble for a car of this size but that’s down to Jaguar’s tradition of opting for an aluminium construction rather than steel, even though it adds to the manufacturing costs. 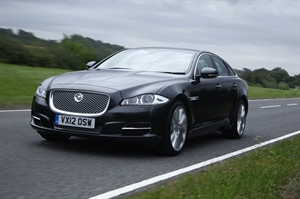 The aluminium construction also offsets the XJ’s shortfall of power compared with the 740d. Both have a six-cylinder engine, however.

What really sets the XJ apart is its exterior styling.

Luxury models aren’t known for breaking style boundaries but Jaguar has been more adventurous than others.

While the 7 Series, Audi A8 and Mercedes-Benz S-Class are all fairly conservative, the XJ, with its sloping roofline and almost eye-shaped headlights, will appeal to those looking for something more distinctive.