I HAVE to admit that I am anxious about the future of the Jaguar XJ6. Remember when Woody was supplanted in his owner’s affections by Buzz Lightyear in Toy Story? Very upsetting.

Well, with the arrival of a diesel XJ, the fuel du jour, I am rather concerned that executives, like hyperactive kids at Christmas desperate for the latest toy craze, will charge blindly for the derv option, completely forgetting that there is this perfectly good alternative powered by petrol.

So for the three months I report on our new long-term Jaguar, I shall be appealing to fleet managers to ensure that, when the managing director comes barreling through your door, slavering, wild-eyed over the XJ TDVi brochure, you sit him down, give him a cup of tea and push the XJ6 brochure under his nose as well. 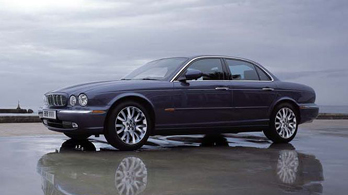 Diesel is where it is at in the executive class: the Mercedes-Benz S-class mix is almost entirely diesel, and with the rave reviews the diesel XJ has been getting, Jaguar could also find itself in such a situation.

With a £2,000 lower P11D price than the entry-level XJ TDVi, the XJ6 is about £700 more expensive a year in tax paid, but the performance and wonderful growl the Jag’s engine makes will be worth the extra money to some.

The fact that Jaguar suddenly finds itself in a situation where it has the best-selling luxury petrol car, and the most refined diesel as well, is testament to the skills still on show in the Midlands.

It might sound odd, but the XJ6 doesn’t really feel like all the other luxury saloons. They have an autocratic, tyrannical air: big imposing grilles to sweep the proles aside who hinder their vital progress, while the interiors are mostly like the lobbies of smoked-glass buildings – all imposing sweeps, wide open spaces and metallic surfaces.

The XJ feels altogether more intimate. From the driver’s seat it has the poise and lightfootedness of a smaller car, and doesn’t feel as though you are hauling a two-and-a-half tonne corporate intimidator about.

Why you get that feeling is because you aren’t. Thanks to its aluminium construction and sweeping body, the XJ6 is as feathery as you can get at this level, weighing in at a slimline 1,539kg – about the same as a Volkswagen Passat and half-a-tonne less than an S-class.

What this means is lower emissions, better performance and, hopefully, good fuel consumption. If I can wean myself off the noise under acceleration, I’ll have some decent economy figures for the next report.

REFINEMENT, athleticism and easy pace – Jaguar’s XJ6 should deliver all of these attributes. It is not the biggest luxury saloon on the market, but we certainly expect it to be the one with the most character. Jaguars have always been good value to buy, but we will be looking at how its running costs stack up, and also keeping a close eye on reliability – historically not a Jaguar strength.

‘ONE in every three cars sold in the luxury petrol sector is an XJ. Its aluminium construction not only gives it advantages in performance, refinement and fuel economy, but coupled with its pricing and low CO2 emissions, the XJ is best in class for benefit-in-kind tax. The XJ offers a real alternative to drivers and appeals to the heart and the head.’ Jaguar Cars