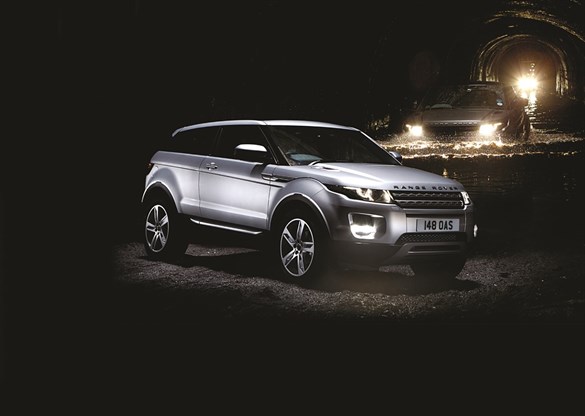 For some user choosers, the idea of a company car wearing a Range Rover badge, but with CO2 emissions below 130g/km would have seemed impossible a few years ago.

But the reality is almost here with Land Rover’s new compact model about to arrive in showrooms.

The Evoque will initially be available with permanent four-wheel drive, and we’ve put these cars through their paces both on- and off-road in routes around North Wales and, bizarrely, underground in Liverpool.

There were two significant connections: Anglesey, where the route began, is seen as the ‘spiritual’ home of Land Rover as it is where Rover chief designer Maurice Wilks worked on the Land Rover prototype in 1947; the Range Rover Evoque is built at Jaguar Land Rover’s Halewood plant near Liverpool.

The sub-130g/km two-wheel drive version will be available in 2012, but for now, the most efficient Evoque is the 150bhp 2.2 TD4, which achieves a competitive 149g/km and nearly 50mpg on the combined cycle.

It is derived from the Land Rover Freelander platform, but 90% of components are fresh for the Evoque. However, it shares its 4x4 hardware with hill descent control and comes with stop/start technology to help improve fuel consumption and reduce CO2 emissions.

Customer can choose from three equipment grades that not only indicate the theme of the type of items fitted, they are also easily understood. A refreshing change. The entry-level grade is Pure, then customers can choose from Dynamic or Prestige.