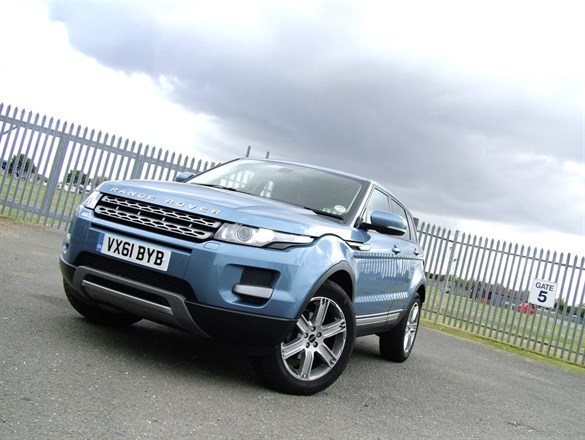 The Range Rover Evoque continues to impress after a few weeks on the Fleet News fleet and after clocking up several hundred miles both on the motorway and in town.

The 2.2-litre two-wheel drive diesel engine provides a reasonable amount of torque for such a big vehicle and the lightness of the steering gives it that nimble feel, even if it sometimes feels slightly nervous when cornering at speed.

It feels effortless when cruising down the motorway and seating and ride adds to an all-round excellent driving experience.

However, perhaps unsurprisingly for such a large vehicle, driving around town requires a little more effort, even when taking that light steering into account.

Fuel consumption figures from Land Rover suggest 47.1mpg in an urban environment, 62.8mpg in extra urban and 56.5mpg on the combined.

However, that’s where my glass begins to look half empty.

Unlike some other manufacturers, Land Rover hasn’t over egged the pudding with its fuel economy claims, but I’m still struggling to hit the quoted figures.

Driving around town the Evoque has been managing anywhere from 33mpg to 37mpg – a shortfall of at least 20%.

Meanwhile, on the motorway, the 2.2-litre engine performs much better, but the 53mpg achieved is still 15% shy of Land Rover’s 62.8mpg.

However, a journey which has involved both town and motorway driving has left my up to 25% shy of the claimed combined having only achieved 42mpg.

As ever with these things, performance is not only determined by the vehicle, the driver has a major part to play and I intend to pay as much intention to my driving style as what fuel economy the Evoque achieves over the coming weeks.