There was something missing when Land Rover launched the Freelander 2 back in November.

There was no diesel automatic in the range which was quite an omission as this is the model Land Rover believes will be the most appealing to user-choosers.

Six months on, here it is. Fortunately for Land Rover’s prospects of maintaining a Freelander-driven upward sales surge, it has been worth waiting for. The combination of TD4 diesel and six-speed automatic gearbox, with its manual mode and sport setting, makes this the most appealing version.

It was probably in acknowledgement to this being the key version of the Freelander 2 that Land Rover chose the rugged terrain of Iceland for its launch. It provided the backdrop for some remarkably adventurous off-road driving, through soggy sand and over boulders along beaches, up and down scarily steep slopes and across surging rivers. 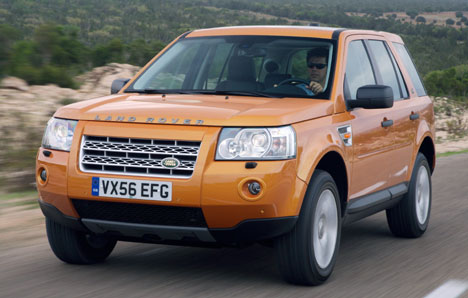 What exactly any of this had to do with the way most owners will use a Freelander was a bit hard to fathom, but it did amply demonstrate the effectiveness of the dial-a-surface electronic Terrain Response Control. Unlike the Discovery’s five-surface selector, it has only three settings, but it still enables the car to be surprisingly good off-road for a compact SUV.

While it is undoubtedly the best car in the range to drive, the automatic model does lose out to its manual brother in financial terms. The auto model commands a £1,300 premium and CO2 emissions rise from 194g/km to 224 – pushing it from the 28% benefit-in-kind tax band to 34%.

Civilised on the road and more capable off-road than most drivers will ever have a chance to discover, the latest Freelander has already collected a clutch of international awards – including Fleet News’ Best Small SUV – since its launch last year.

Now here at last is the version that Land Rover believes will up its appeal for user-choosers, teaming the TD4 turbodiesel engine with an excellent Tiptronic-style ‘Command Shift’ automatic gearbox.

The gear change quality is commendably good, with a very smooth transition between ratios, and none of the lurching that sometimes afflicts this type of transmission when the system does its stuff in automatic mode.

About time too. This is the model Land Rover should have had in the Freelander 2 line-up from the start. Now that it’s here, the baby Landie looks a much more appealing company car prospect, even though the manual model offers lower company car tax bills.