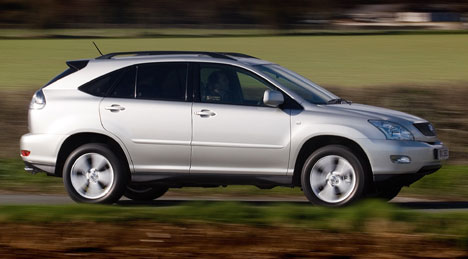 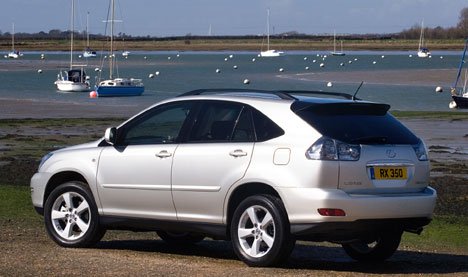 WITH all the fuss surrounding green motoring at the moment, you’d be forgiven for forgetting that Lexus makes cars other than hybrids.

Unlike the fanfare which greeted the firm’s RX400h hybrid SUV when it was launched, another version of the RX family has slipped in almost unnoticed. The RX350 is the entry-level model, now powered by a more powerful and more efficient V6 petrol engine than in the old RX300.

As the name suggests, engine capacity has risen from 3.0 to 3.5 litres, and power has risen from 201bhp to a healthy 276bhp. And, as is the case so often these days, more power doesn’t mean more emissions. The more efficient engine in the RX350 returns 25.2mpg (RX300: 23.2) and emits 264g/km of CO2, compared with 288. OK, so neither figure will impress Greenpeace, but at least they’re going in the right direction.

Even so, the RX350 is still firmly planted in the maximum benefit-in-kind band for 2007, so it isn’t going to be cheap on tax.

So, if your drivers really demand a petrol-engined SUV, what does the RX350 offer?

Well, the power upgrade is not only welcome, but also immediately noticeable, giving this hefty car a decent turn of speed. You realise this the first time you join a main road from a short sliproad and floor the throttle – the RX surges forward and is soon up to cruising speed with little fuss.

Once on a main road the RX is in its element, with low levels of wind and engine noise intruding into the cabin, a relaxed engine pulling low revs at 70mph and a compliant ride which soaks up bumps and holes with ease.

However, veer away from straightish roads and the RX doesn’t impress as much. The main problem is the steering, which is so incredibly light that it gives absolutely no feedback at all. Coupled with a huge amount of dead feel around the centre, this spoils the drive.

Which is a real shame, because for an SUV the Lexus handles very well. It isn’t as sharp as a BMW X3 or X5, but it turns in sharply and body roll is well suppressed.

Never mind, because SUVs are more about image than the pure driving experience.

The Lexus brand is certainly strong enough to mingle with the best from Germany at this level, although strangely this car seems to fail my ‘home-town’ test.

Let me explain: I live near a private girls’ school and every morning legions of SUVs chug into town driven by yummy-mummies delivering their kids.

Now, I’ve not seen one of them driving an RX – instead they drive Discoveries, X5s, Range Rovers and the odd Cayenne, seemingly preferring the more butch, chunkier lines of these cars than the far more svelte styling of the Lexus.

Perhaps because it’s not quite as ‘in your face’ as other SUVs that it goes by somewhat unnoticed.