"Mazda has gained a reputation for producing cars that are good to drive and the MX-30 shares its ‘MX’ moniker with the best of all: the MX-5." 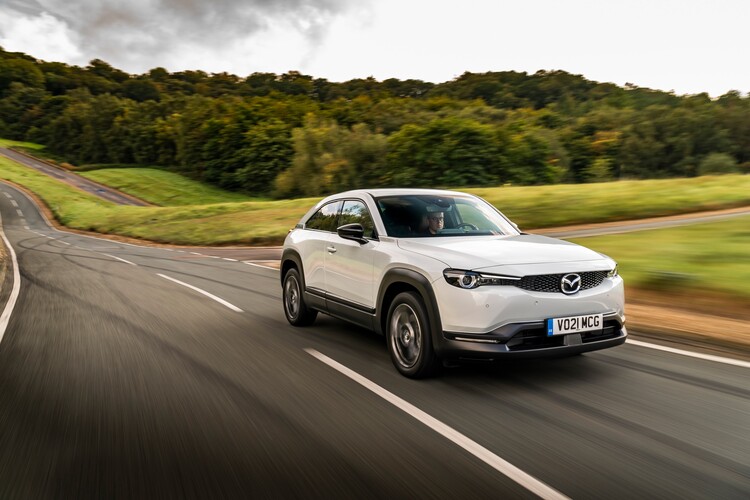 One of the common features of new battery electric vehicles (BEVs) is their ever-increasing range, with 200 miles now often considered a minimum requirement.

There are a handful of new models which have bucked this trend, however, such as the Honda e which can travel 136 miles between charges and the Mini Electric with 144 miles. Mazda’s first BEV – the MX-30 crossover – joins this group with 124 miles from its 35.5kWh battery.

It can be charged at 50kW from rapid charge points, allowing it to take up to 80% battery charge in 36 minutes, which may mitigate this limitation. It also has a 6.6kW on-board AC charger, so using a 7kW home charger will see it go from empty to full in just more than five hours. This may not prevent some drivers ruling it out entirely through range anxiety, but, if they do, they will be missing out on a good-looking, talented BEV. 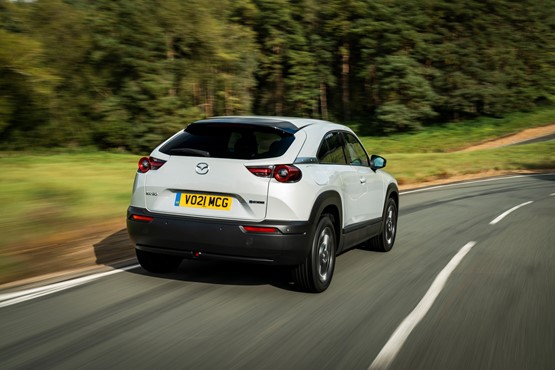 Mazda has gained a reputation for producing cars that are good to drive and the MX-30 shares its ‘MX’ moniker with the best of all: the MX-5. As a small SUV, its handling is obviously not as good as the two-seater’s, but it is still a good drive. There’s a nice weight and directness to its steering, while acceleration is ample thanks to the instant torque offered by the electric drivetrain. It also rides nicely.

One-pedal driving is possible if the strongest of the three regenerative braking levels is selected, although this does not bring the car to a complete halt.

The quality of materials and build used in Mazda cabins have also become among the class best in recent years, and the MX-30 cabin reflects this. It uses sustainable material throughout, including cork to line centre console trays and for inner side door handles, as well as recycled plastic bottles in the door trims to give a premium feel while highlighting its environmental credentials. 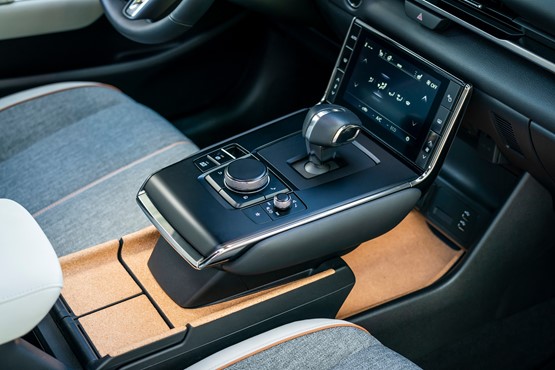 An 8.8-inch infotainment screen sits atop the centre console, while lower down, the MX-30 has a seven-inch air-con control panel touchscreen, which also uses physical buttons to control fan speed and temperature. Both are straightforward to operate, while front seat occupants are also well served for comfort and space.

The range will arrive in UK dealerships in April and will consist of three trim levels: SE-L Lux, Sport Lux and GT Sport Tech.