With the warm diesel hatch becoming more and more popular, Mazda had been left as a frustrated observer – like a footballer at the FA Cup final who has forgotten his boots.

For while most mainstream rivals offered models with 130bhp or more, the Japanese manufacturer’s most powerful diesel in the Mazda3 range was the 109bhp, 177lb-ft 1.6-litre unit.

But no longer, as Mazda has shoe-horned the 2.0-litre 143bhp turbodiesel engine already seen in the 5 and 6 under the bonnet to give the 3 some much-needed extra power. And it’s a sensible decision, giving the Mazda3 added appeal not long after the range was revamped towards the end of last year. 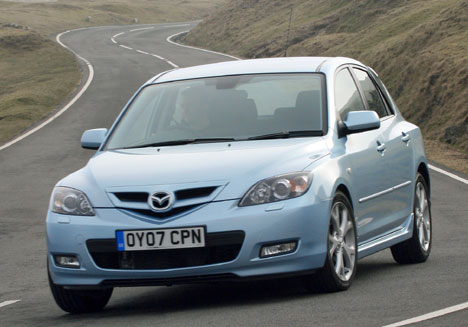 As well as the engine, there are other changes under the skin as the 2.0-litre comes with several bodyshell and suspension upgrades. It also features hydraulic power steering similar to that on the high-performance MPS and the same larger brakes as the 2.0-litre petrol models.

At the moment, the Mazda3 sells around 14,000 units each year, split evenly between fleet and retail, with 10% of these diesel. The low proportion of diesel suggests Mazda isn’t making any in-roads into the lucrative user-chooser market, dominated by the diesel Golfs. Mazda hopes the new engine will sell between 1,000 and 1,200 to increase this proportion to 15%.

The Mazda3 has never had a reputation as a car to excite its drivers, and the 2.0-litre turbodiesel doesn’t change this.

Sensible rather than scintillating, the new engine provides plenty of torque at lower revs and means progress is refined and effortless, not requiring constant changes from its smooth six-speed gearbox to get the best out of it.

The ride is set up for a sporty drive rather than comfort, and the 3 handles well, with excellent steering giving plenty of feel through the wheel.

The well-built interior also has sporty leanings with touches such as separate instrument cowlings, and generous equipment levels on both trim levels complete the package.

It may not set many fleet drivers’ pulses racing, but the new engine means the Mazda3 now makes more sense for user-choosers. Offering decent performance, an entertaining driving experience and good economy, there’s little to fault. 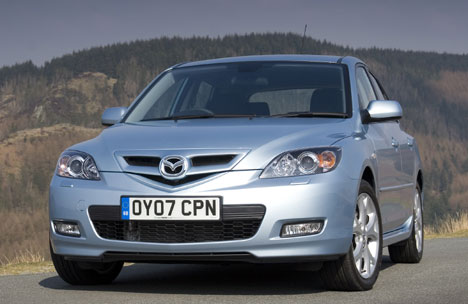