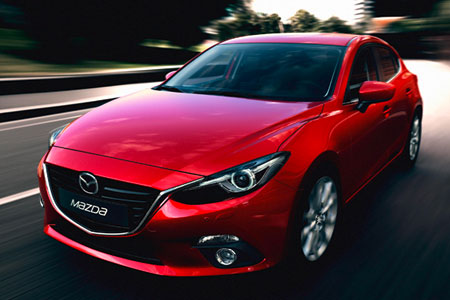 Previous generations of the Mazda3 have struggled to make an impact on the fleet sector, but the Japanese manufacturer says the new model will ‘transform’ the company car market.

Claims of a class-leading mix of economy, emissions and performance should be taken seriously when they come from Mazda, a company noted for its engineering nous.

Much of this knowledge centres on Mazda’s Skyactiv programme of paring back weight and maximising the efficiency of every component.

For the new Mazda3, the manufacturer says part of this thinking is to offer ‘right-sized’ engines rather than follow the fashion for smaller engine capacities.

This means the Mazda3 is offered with 1.5- and 2.0-litre petrol engines, as well as a 2.2-litre turbodiesel that will be the most interesting to fleet users by far.

The more potent 163bhp 2.0-litre petrol will be ruled out for most business users due to its CO2 of 135g/km, even with the help of Mazda’s i-ELOOP regenerative braking system.

However, neither can match the 2.2-litre diesel hatch’s 107g/km emissions or its 68.8mpg combined economy. These figures are bettered by the Fastback saloon’s 104g/km and 72.4mpg, though a small saloon in this sector will have a very limited appeal. 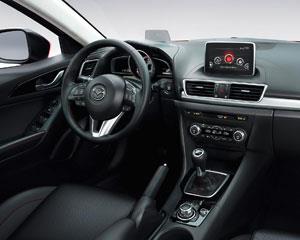 It’s this mix of efficiency and performance that Mazda believes puts the 3 ahead of the pack.

The diesel engine is refined and easy to live with. It picks up cleanly from low revs with no hesitation or delay before the turbo comes into play. It also pulls strongly through the rev range and the six-speed transmission has an accurate, short shift action.

Couple this to the Mazda3’s deft handling and comfortable ride, even on the larger alloy wheels of the more expensive versions, and you have a car that can parry with the best in the class for driving pleasure and refinement while offering low emissions. It should open some fleet eyes.

However, the Mazda3’s cabin didn’t appear to be quite as well put together as we’ve come to expect of Mazda.

Also, the remote control for the dash’s touchscreen is  awkwardly placed, the rear seats are a touch cramped for space and the boot is not as generous as a Volkswagen Golf’s.