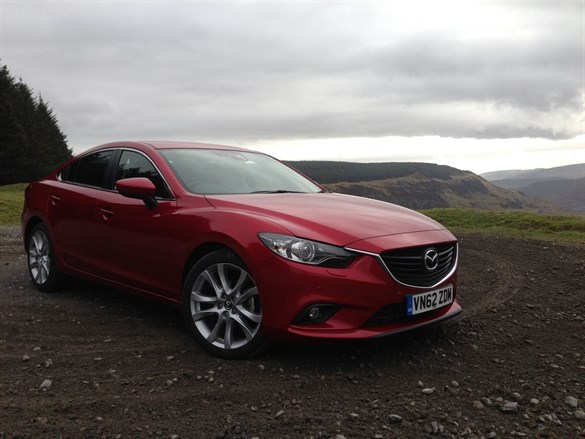 In last month’s Mazda6 review I wrote about the lack of an automatic brake holding function.

Mazda pointed out to me afterwards that it does, indeed, exist on manual versions of the car, such as ours, and that, despite 9,000 miles behind the wheel and three opportunities to drive the car at length before we took delivery, this feature had escaped me.

However, its deployment is not as obvious as it is in, for example, the Volkswagen Passat we are also running on test.

The Passat has a button that ensures the auto-hold function is activated every time the car comes to a stop and the brake pedal is released.

For the Mazda6, the feature is activated only when sensors detect an incline of 2º or greater.

My commute doesn’t really contain many roads where this takes place. I live in Lincolnshire where the horizon is visible in all directions.

There are a few sliproad ramps, but it seems even these (or at least my stopping position on them) aren’t always steep enough to trigger it.

I have since made a few concerted attempts at junctions where the car is facing uphill, and can verify that it does work, holding the car for a second after the brake pedal is released – enough time to find the biting point and accelerate away before the car rolls back.

I suspect the benefit of the system being so sophisticated as to use sensors to detect whether its activation is necessary is a reduction in brake wear; the technology means there would be fewer instances of wear from friction compared with a similar system that didn’t deactivate when not needed.