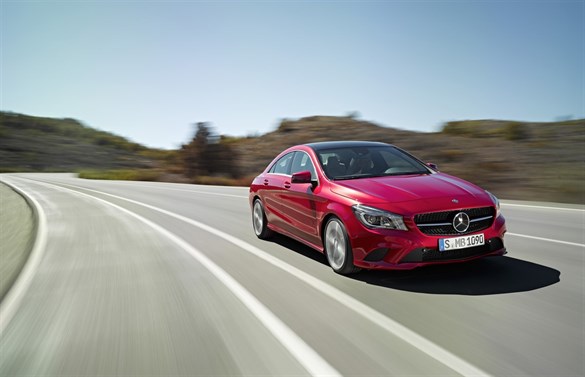 A move to cut the cost of aspirational motoring is set to win a fresh wave of UK fleet sales for Mercedes-Benz.

Up-and-coming business executives will be targeted when the German firm's sleek new CLA model goes into the showrooms in summer as part of an ambitious bid to raise the stakes in the premium sector.

“For years, people have regarded ownership of our cars as part of the reward for making their mark in commercial life but now we want to move away from that concept. Our aim is to show customers they no longer have to wait – it is now possible for them to drive vehicles regarded as aspirational as they make their way up the ladder,” a spokesman told Fleet News.

Mercedes officials claim the CLA brings all the sweeping lines, kerbside presence and E-segment cache of their upmarket CLS model to the C-segment in a mid-size four-door saloon that will be available in June.

Based on stretched A and B-Class underpinnings,the swish, low-slung five-seater is undeniably handsome and should underpin a campaign to keep the brand ahead of arch-rival BMW in the wake of industry statistics giving Mercedes pole position in Britain's premium market in February. 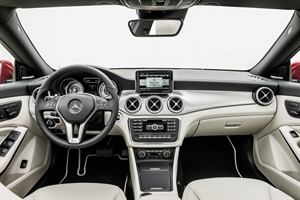 “We have achieved 13.5% growth year on year and our 4.5% market share is a record. The CLA will help maintain the momentum,” added the spokesman.

With almost all the second-glance appeal of the £50,000 CLS, a starting price of half that amount gives the CLA range considerable  potential with prestige-conscious drivers.

The car that could inspire a fresh sales segment will have petrol and diesel engines with a choice of outputs but initially, only 1.6-litre petrol and 2.1-litre diesel power is available.

With the latter motor linked to a seven-speed auto transmission, the CLA has a demeanour as sophisticated as its smooth silhouette and a long-legged top speed promotes relaxing motorway cruising. Low profile sports tyres and lack of body roll encourage confidence for spirited progress through bends, but not at the expense of ride comfort. 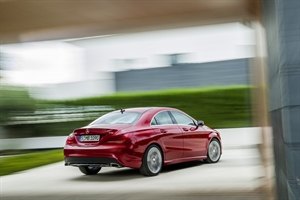 The lowest drag figure yet for a production model – 0.22 – boosts economy  on motorways and also helps the car to be remarkably subdued at all speeds.

Though room in the rear is adequate rather than generous, a split-fold seat and a 470-litre boot allow the CLA to be practical as well as plush.