I can’t understand why anybody would buy a saloon car any more.

Take any executive model as an example and there’s no contest on which is the better looking or the most practical. Audi A4? Easily the Avant. The same goes for the A6, while of the big Volvos, there really is none other than the V70. 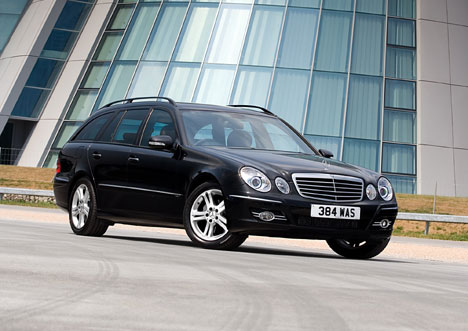 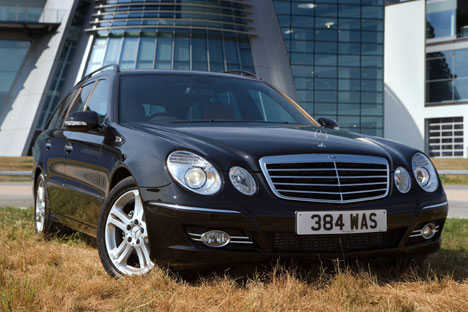 The same is true of the Mercedes-Benz E-Class because the estate manages to not only look stylish, but hides a volume that almost qualifies it as a van. It’s always been the best estate money can buy in terms of space but since the E-class got one of the strangest mid-life makeovers it really is quite a piece of kit now.

For last year, the E-Class was reborn. Mercedes-Benz lavished attention on it, changing more than 2,000 parts and turning it from a rather floppy machine to one that is now as good as anything in the sector to drive.

But Mercedes-Benz forgot to do two crucial things. Firstly, somebody forgot to change how the E-Class looked. There were some revisions, but they were so subtle that you have to be a Merc anorak to spot the differences.

Then, secondly, the company seems to have forgotten to tell anybody about it. Unlike this year’s BMW 5 Series changes, which did little to the outside but included headline-grabbing EfficientDynamics fuel and emissions savings, the E-Class was made slightly better in all areas with incremental changes that struggle on their own to grab the limelight, but combine to make a mighty improvement overall.

So what’s different? Well, for a start it feels sharper. The suspension and steering have been revised and so the flabbiness of the old car has gone. The result is not exactly a sporty car, and it shouldn’t be, but for a big estate it will hustle along with the right amount of comfort and responsiveness.

But a lot of the estate’s appeal is what happens from the B-pillar backwards. Our Avantgarde model came in black, with blacked-out rear windows and sparkly alloys and looked every bit of its near-£40,000 pricetag.

In the boot, it comes with the Easy-Pack loading system which gives you a net, while the cover lowers itself automatically when the powered tailgate closes. The optional £165 fixing kit, with cargo rails, a moveable bar and rings ensures that you can make your luggage behave itself.

Another of the changes is more torque from the 3.0-litre V6 engine, but you wouldn’t notice it. What is noticeable is how smooth it is and with nearly 40mpg, it is the ideal motor for lugging loads over long distances.

And if further evidence was needed of the E-Class’s purpose as a family car, it comes with Pre-Safe anticipatory crash system and anti-whiplash headrests.

So while not much may have obviously changed, perhaps it is a good thing, as the estate was always excellent. But with the changes, it has got even better.