THERE'S no chance of any fleet manager having to contend with dozens of these cars on their books, but high-performance saloons have carved their own niche among keen drivers who don't want a comfortable life.

They will find their way into small companies with less strict policies or into the hands of enthusiast drivers wanting to opt out. One way or another, they're often being paid for with business money.

The Impreza and Evo are road-going versions of world rally cars. With 261bhp and 305bhp respectively, in small, lightweight bodies with complicated four-wheel drive systems, they are as quick on public roads as anything there is. While the Japanese cars use turbos and technology, the heavyweight MG ZT 260 and Vauxhall's newly imported Monaro make do with big, chuggy V8s that sound wonderful. Despite some serious straight-line speed, the nature of the engines make them relaxed cruisers.

The X-type 3.0 V6 is not an all-out monster like the others, but with four-wheel drive and 231bhp it could be a decent compromise between craziness and comfort.

The 156 GTA is the closest relation, feeling like a normal car if you treat it gently. 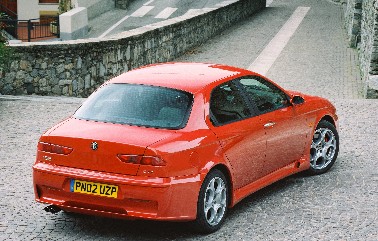 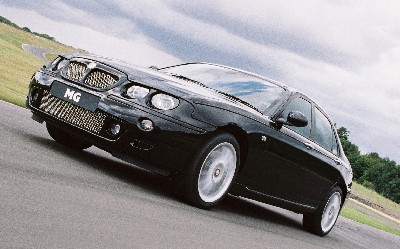 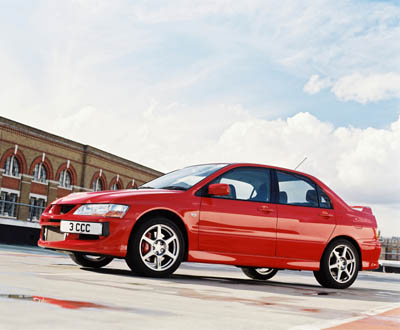 These are not what you would call the typical choice when it comes to fleet cars but there are some interesting vehicles none the less. Drivers who choose one of these will be real 'petrolheads' and economy and efficiency are likely to play a very little part in their decision. They will be looking for performance, power and street cred, and not at running costs. Finally, the two dominant cars in this sector – Subaru Impreza and Mitsubishi Lancer Evo – have some worthy competitors. The newest entry in this sector, and also the most powerful with 328bhp, is the Vauxhall Monaro. The question is: will its looks and performance win over the badge conscious? Despite the newcomers from Vauxhall and MG, the ever-popular and reliable Subaru Impreza will take some beating thanks to its combination of blistering performance and excellent value for money.

Dean Woodward
consultancy manager, DaimlerChrysler Services Fleet Management
Perform-ance saloons are an endangered species on traditional company car lists because of their inability to conform and perform under CO2 company car and fuel BIK tax. However, these vehicles come into their own in fleets with a user chooser or cash alternative/opt out policy. Driver choice is a key factor, with BIK tax excluded from the equation as all vehicles fall into the 35% bracket. Monthly rental, fuel cost, performance and handling will be dominating factors. Three vehicles are four-wheel drive, with better traction in adverse conditions. The majority are normally aspirated units in excess of 2.9 litres, with high bhp outputs through sheer engine size, whereas two have a smaller turbo assisted engine. The Impreza and Evolution share a lighter, more versatile drive. The final decision will be emotive – depending on whether the heart or the head rules.

Tracy McMahon
Pricing manager, Lloyds TSB autolease
The Alfa Romeo 156 is a great-looking car with a leather interior as standard but the reliability of the Alfa brand can put people off and this obviously has a knock-on effect on the vehicle's residual value. The Subaru Impreza STi and the Mitsubishi Evo VIII concentrate more on speed than luxury and refinement in the cabin. They are both fun to drive and handle really well but running costs are high, especially on the Mitsubishi. The Vauxhall Monaro is the new kid on the block. It has a 5.7 Chevrolet-sourced V8 engine which produces an amazing 328bhp, which gives it the power to reach 0-60 in less than six seconds. The Monaro looks strong and powerful and it comes with a good stereo system and a leather interior as standard. The MG ZT has a very sporty appearance and reaches 60mph in just over six seconds. However, its residual values aren't that strong, which means rentals aren't that competitive with the other vehicles in this category. The X-type isn't usually associated with being sporty but rentals are competitive and CO2 levels are the lowest in the category.

Nick Auld
Trade services manager, Custom Fleet
This selection is about as atypical of the fleet market as you can get. Most would appeal to an individual type of driver who doesn't need to care about fuel consumption, running costs or company car tax, but for whom excitement, speed and performance outweigh any other consideration. The Impreza and the Lancer are the benchmark of extreme performance and used to have pretty unexciting cabin environments but both manufacturers have made great strides to improve them recently. The Monaro is an awesome muscle car in a straight line but not built for our B-roads. Recent reports put the MG ZT above all the competition and its smoothness makes its power deceptively useable. The Alfa is still a good all-rounder with a slightly less extreme interior. The Jaguar X-type is the odd one out and it is an unfair comparison in this extreme selection, but it's probably the only one I would consider spending three years and 60,000 business miles in. The choice will be a different one for every highly enthusiastic individual – but what a choice to have to make.

Steve Jones
Pricing manager, Lex Vehicle Leasing
Alfa's 156 is still one of the best-looking cars on the road and the GTA's styling just adds to that. While some Alfa drivers boast about their car's hassle-free record, many can list a catalogue of incidents, although it doesn't normally stop them from ordering another. The rally-bred Impreza and Evo VIII both offer explosive acceleration, incredible levels of grip and enviable reliability. Styling may not be to everyone's taste – the Subaru is slightly more subtle, but you'd have to be Colin McRae to separate them on performance. Both the X-type and the MG ZT V8 offer you a slightly different experience, these cars are about refinement and the ability to waft you along. Vauxhall's new Monaro is a real muscle car, although some may turn their noses up at the badge, there's no denying that a 5.7 V8 engine and rear wheel-drive is likely to put a smile on your face. Like most of the cars featured, high CO2 is going to give you a 35% tax banding – depending on your business mileage, it might well be worth checking your cash-for-car option and taking a personal contract.

1. JAGUAR'S X-type was always likely to come first, as it's more fleet-focused than the others. It's the slowest here, but everything is relative. It's still a decent performance saloon and has four-wheel drive, so if you want a little of the fun it's worth a look.

2. OUR panel ranked the Impreza just behind the Jag, thanks to a combination of cheap price, good RVs, decent rentals and real world usability. If a driver has to have a beast of a car, the Impreza would seem to be the one to have.

3. THE MG ZT just sneaked third ahead of the Monaro, thanks to slightly less gluttonous fuel consumption and a lower monthly rental. Residuals aren't great but there are discounts to be had on it, unlike the Vauxhall.

4. THE Monaro would have fared better if there were bigger discounts available, but there aren't. It's unbelievably thirsty, but then it has an engine with the internal volume of the Albert Hall. Sounds great, goes like stink, but a bit uncouth.

5. MITSUBISHI'S Evo VIII comes lower than expected, but it is expensive to run with massive servicing costs and voracious fuel consumption. It also makes the Impreza seem a soft and gentle drive. This is a car for the truly committed.

The spectre of terrible residuals and questionable reliability put the 156 GTA way off the pace when our panel judged the final positions, but it looks gorgeous, has a wonderful engine and is one of the more comfortable to live with.