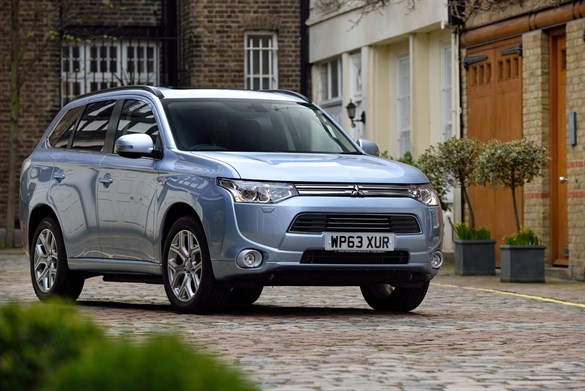 Hybrid cars have always carried a premium over their conventional fuelled counterparts. The cost of producing and packaging essentially an extra engine and its energy source is expensive.

As technology has evolved into plug-in hybrids and more expensive (but more compact and efficient) lithium ion batteries, it has been difficult to prevent these premiums from escalating.

The extra cost is in the battery capacity that allows the vehicles to run on electric power for much greater distances and at much higher speeds than typical for full hybrid cars.

Perhaps the best example of this is the Volvo V60 Plug-in Hybrid Fleet News has been running on long-term test. Even with the £5,000 plug-in car grant, the car has a substantially higher purchase price (more than £8,000) than the nearest equivalent V60 D5.

The Toyota Prius Plug-in offers improved electric range over the standard Prius, but this also comes at a £3,000 premium with specification on a like-for-like basis.

So fleet operators considering adding plug-in hybrids to their fleets have to be able to make a case that shows they work on costs, with a combination of purchase incentives, perhaps congestion charge discount and the lower running cost of charging compared with refuelling.

Mitsubishi has decided no substantial gains would be made in improving uptake of the technology unless customers were not forced to choose EV capability at a significant price premium.

Higher grade models (GX4h and GX4hs) have a £1,000 premium over their diesel equivalents, and Mitsubishi says it’s to reflect the addition of the smartphone app (available on iOS or Android) which allows certain functions of the car to be controlled remotely and the ability to set timers for the heating and ventilation.

The big benefit for company car drivers and fleet operators is the 5% BIK tax rate for 2014/15, when most diesel automatic rivals offer between 22% and 32%. This low BIK tax easily offsets the higher P11D value, and also helps keep employers’ National insurance contributions low.

The mains charged range of Outlander PHEV is up to 32.5 miles (the same as the Volvo V60 plug-in hybrid and around double that of the Prius Plug-in), after which a 2.0-litre engine takes over to drive and to charge the battery, giving the car some zero emissions ability from the electric motors at low speed, and assisting the engine as necessary.

The PHEV is a little quicker in the 0-62mph sprint than the diesel Outlander at 11 seconds flat, and keeps other diesel SUV rivals within reach.

It has full-time four-wheel drive whether powered by the electric motors or the engine.

The diesel Outlander was launched in the UK in 2013, and does all the things you would expect of a medium SUV, most of them very well.

The PHEV is almost a match. It loses the third row of seats to accommodate some of the hybrid components, but their positioning low in the chassis helps keep the centre of gravity low, helping the car feel responsive on the road. Minimum luggage space is only a few litres less than in the diesel, and the boot is shallower by a centimetre or two immediately behind the rear seats.

The Outlander PHEV feels quite sophisticated, although in a few places, such as the easily scratched surface of the door arm rests, materials feel a little out of place on a £30,000 car.

While progress is near silent in electric mode, the petrol engine is also unobtrusive when it is finally prompted to fire up, either by a throttle request for a strong acceleration boost or when the plug-in range has been depleted.

As well as providing a relaxing drive on all kinds of roads, we had a brief drive off road, on a slippery field and a loose gravel track. The PHEV performed well in all conditions.

Mitsubishi is describing the Outlander PHEV as a ‘game changer’, and it would be easy to repeat the cliché. But Mitsubishi has delivered the benefits of plug-in hybrid technology in the best all-round package of any vehicle to date, balancing costs, practicality, performance and driver appeal.

More than 10,000 Outlander PHEVs were registered in the Netherlands in 2013, a combination of its undeniable appeal and the strong incentives for ultra-low CO2 cars there.

Mitsubishi thinks it will sell 3,000 Outlander PHEVs a year, with fleets taking the lion’s share, and if the pricing strategy proved more popular than they anticipate, there is the capacity to deliver even more. Not only is it a game changer, it could be the car that puts Mitsubishi back on the fleet map.