"While it’s still ruled out of some fleet roles, it is now capable of more than before." 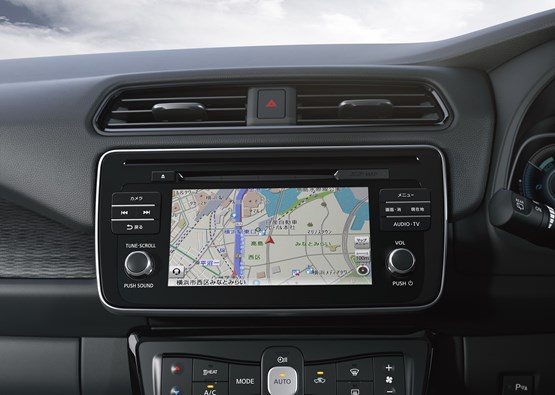 Nissan has extended the range on its Leaf Tekna, improving its fleet capabilities and pushing it closer to the ICE tipping point.

During the first 100 years of electric car development, it seemed little progress had been made in the distance the cars could travel on a single charge.

The earliest electric cars of the 20th century could be expected to cover around 100 miles. When the Nissan Leaf was launched in 2011, it achieved a maximum range under New European Driving Cycle (NEDC) official test conditions of just more than 100 miles.

Of course, these figures were only possible under optimum conditions for EVs – city driving at low speeds, with high levels of energy regeneration when reducing speed.

Anyone buying a Leaf and running it in less than optimum conditions would never hope to travel that far.

‘Range anxiety’ was real in a world with a patchy charging infrastructure. During the original Leaf’s lifespan, incremental improvements in range became available, seeing the official maximum increase to 124 miles then 155 miles with new battery technology.

Other EVs followed, and we’ve witnessed the boundaries of range being pushed ever outward.

Tesla offered high-end cars with a range of more than 200 miles, Renault introduced an upgraded version of the Zoe with a theoretical maximum of 250 miles, while the new Opel Ampera-e, which will not be offered in right-hand drive, is capable of more than 300 miles.

This factor, along with an improving charging infrastructure and no additional purchase premium for greater range has led us ever closer to the tipping point to where EVs can fulfil the role of a family car as well as a vehicle with an ICE (internal combustion engine) can. 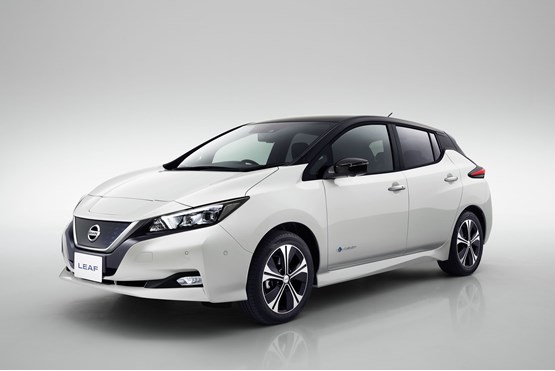 The second-generation Nissan Leaf is now on sale, with the first cars arriving this spring, and prices broadly in line with the outgoing model, although some variants are less expensive in the new car.

The NEDC range is quoted as 235 miles, but Nissan now produces figures under the new Worldwide harmonised Light vehicles Test Procedure (WLTP) test, which would give customers more realistic expectations.

Under the WLTP combined cycle, the new Leaf has a range of up to 168 miles, but, in city driving, it is rated at up to 255 miles.

It seems Nissan also has one eye on Tesla, and its range of high-performance models, as the 0-62mph figure of the new Leaf is a surprisingly brisk 7.9 seconds.

Of course, even a range of 168 miles would become a forlorn hope with warp-speed acceleration summoned frequently. 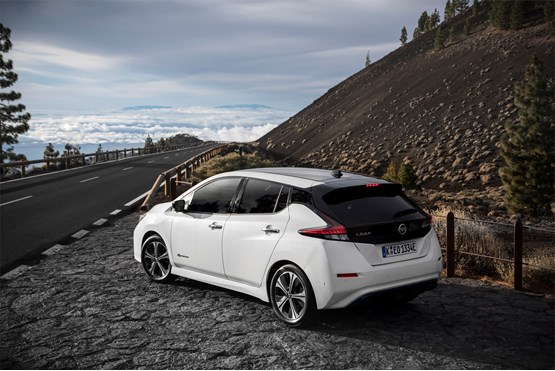 The car’s performance is effortless, however, and quicker than other similar priced and sized EVs, such as the Hyundai Ioniq and Volkswagen e-Golf.

And while you might think travelling in an electric vehicle would already be quiet, Nissan has deployed more measures with the new Leaf to reduce wind noise.

The low centre of gravity, as a result of the battery mounted under the car’s floor, means the Leaf feels more planted on the road and more composed than you might expect.

The Leaf has adopted more of a Nissan family appearance, perhaps appealing to those who were put off by the previous model’s unusual looks, with similarities with the latest Micra in its styling.

The new cabin has a little more space and the boot is a little bigger thanks to a repackaging, and all models come with a space-saver spare wheel.

It’s available in four grades: Visia as the entry level, then Acenta, N-Connecta and Tekna. 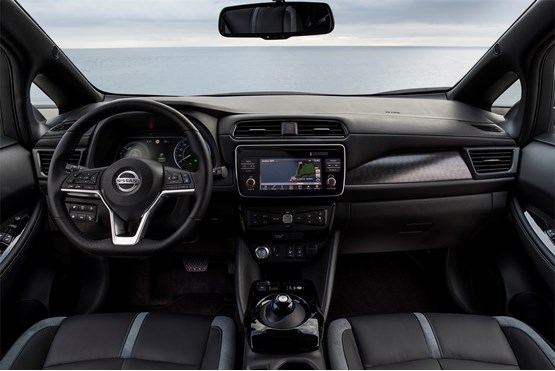 New technology includes ProPilot driver assistance, standard on Tekna and optional on N-Connecta grades, which can automatically keep pace with slow moving traffic in heavy congestion, braking the car to a standstill and following at a safe distance when the vehicle in front begins to move again, while maintaining position within the lane markings.

Optional on Tekna is ProPilot Park, which can steer the Leaf into parallel parking spaces or perpendicular spaces, as well as accelerate and brake safely, with no input from the driver.

A new regenerative braking function, called e-Pedal, allows less reliance on the brakes, and enables the Leaf to come to a complete stop by releasing the brake pedal when the function is selected.

It will also hold the car on a hill, and, when driving, deceleration of up to 0.2G eliminates the need for drivers to constantly switch between the accelerator and brake, as well as reduce brake pad wear.

As the sector sales leader, and given Nissan’s years of EV know-how, you’d expect the new Leaf to be a big improvement.

While it’s still ruled out of some fleet roles, it is now capable of more than before, and is probably the best electric car now on sale.