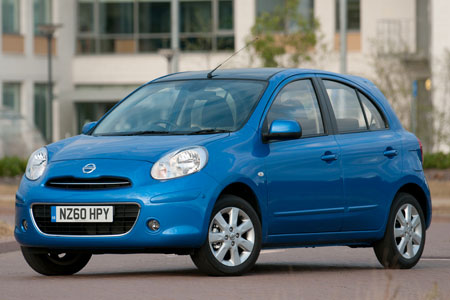 Growth in the small car sector fuelled by downsizing should be good news for manufacturers in that market.

While fleet sales tend to be dominated by the Ford Fiesta and Vauxhall Corsa, this doesn’t really highlight the growing diversity of models available.

In the past 12 months Nissan alone has launched two small cars: the Juke is distinctive, exciting and might appeal to user-choosers; the Micra fulfils a similar role to its predecessor although cutting less of a dash.

The latest Micra has been repositioned at the budget end of the sector, away from the Fiesta and Polo. However it would lend itself more to the pool car, Motability, courtesy car and public sector transport sectors, as well as attempting to satisfy existing retail customers.

For 2011 Micra production was shifted from Nissan’s Sunderland plant to Chennai in India (cost of production being crucial with the slim margins on small cars), and as a global car it has perhaps lost some of the character that made the earlier Micras stand out.

Customers can buy only a five-door version and there is no diesel option. The argument that the diesel price premium on small cars takes far longer to break even on holds true. Nissan is also about to launch a sub-100g/km version so a diesel Micra would now seem redundant.

The Micra has a slightly longer wheelbase than before and is roomier inside. But while its predecessor had some attractive, feel-good features around the interior, particularly on the higher specification models, this one is rather plain.

Where some of the other cars in this sector – notably the Fiesta, Corsa, Volkswagen Polo and Citroën C3 – can demonstrate that small car interiors have moved upmarket, the Micra cannot.

But you can’t argue with value for money. Add relevant kit to an equivalent Fiesta in line with a standard Micra Acenta and you’d be looking at the thick end of £13,000. Electronic climate control, electric front windows and Bluetooth are standard, and an upgrade to include sat-nav, courtesy of Nissan’s excellent Connect system is £400.

Granted, the Micra isn’t as pleasant a drive as the Fiesta, but it’s nimble enough to cope with what it was designed to do, and with a creditable 80bhp from its 1.2-litre engine, it can cope with the cut-and-thrust of traffic.

In some ways the latest Micra is not a step forward, but there are advances in some areas, not least of which is cost.