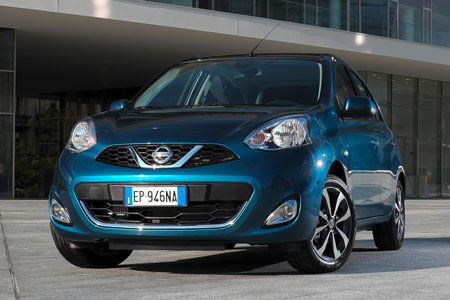 The latest Micra got a bit of a frosty reception when introduced in 2010.

The previous model was popular with retail buyers thanks to its quirky looks and decent build quality.

But for the fourth-generation model, Nissan moved production from Sunderland to Chennai in India in the name of cost-cutting and – although the latest Micra is clearly a budget car – it made a lot of financial sense.

However, tough competition and lacklustre sales mean that Nissan has rushed through this facelift in an attempt to recapture some of the character from the old model.

The exterior benefits from a new grille, headlights and front wings, as well as new bumpers, LED tail lights and alloy wheels.

The result is good – it looks a lot less like white goods now and more like something that means business at the cost-conscious end of the B-segment. 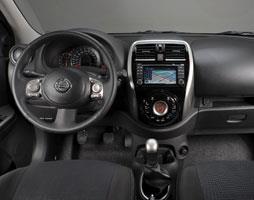 While the inside still feels like a budget place to be – with firm seats and a lot of cheap-looking plastic – a new gloss-black centre console smartens things up slightly, as does the optional navigation system with a 5.8-inch screen that offers eco routes which minimise fuel use.

There is also an eco table that shows how economically the Micra is being driven.

However, it’s easy to slip into uneconomical driving habits in the Micra – darting in and out of city traffic, it’s tempting to be heavy with your right foot, which doesn’t help fuel consumption.

Bumpy roads can unsettle the Micra too, and there’s a lot of wind noise at higher speeds – it’s not a natural motorway cruiser. However, on paper, the Micra makes sense.

Its CO2 emissions of 95g/km attract a BIK rate of 10%, while the 98bhp engine with automatic stop-start as standard achieves 68.9mpg.

The facelifted Micra will appeal to fleet managers after a budget pool car with the reliability offered by the Nissan badge.

Drivers won’t be as offended at the thought of spending time with it as previously, but neither will it be a popular choice with user-choosers. Rivals such as the Hyundai i20 and Suzuki Swift can’t match the Micra on paper but feel better built.