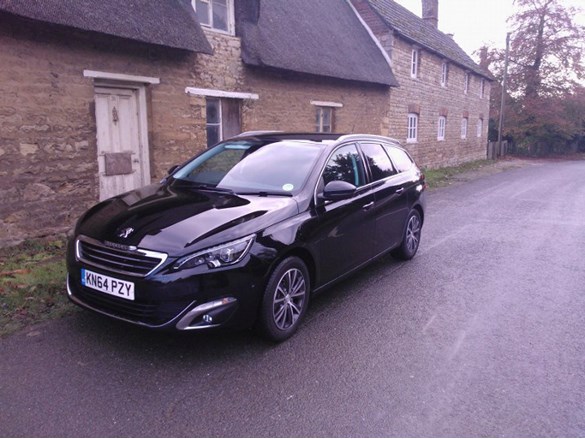 When the Peugeot 308 SW joined our fleet 10 months ago, we were keen to see if it could continue its hatchback sibling’s award-winning performance. Overall, it has held up to such intense scrutiny.

With the car handed back with a symmetrical 11,111 miles on the clock, you would think the gods were trying to tell us something about the car’s position in the fleet choice hierarchy with the number of ones on show.

Certainly, if you were judging ‘rear of the year’ among estates, our SW has proven its credentials in the space race.The Peugeot’s boot offers 810 litres of space, up to the roofline, with the 60/40 split/fold rear seats in place and a massive 1,775 litres up to the roofline with the seats folded, which leaves rivals wanting. It’s useable space too, with nice touches like the latch in the boot which you pull to release the rear seats, the addition of excellent load rails in the floor complete with moveable tying points and a sliding tonneau cover that is a bit of a trial to remove, but very easy to use when in place. The only change I would like to see is more assistance in opening the tailgate, which feels a bit heavy and slow to rise after you release the latch.

At the front-end, the Peugeot retains the award-winning set-up of the hatchback, with a quality interior that does the brand proud, centred around the excellent i-cockpit screen in the central console that has proved very user-friendly and intuitive. Importantly, the dealer experience has been nothing but positive, although it has highlighted how reliant networks are on the quality of the staff they employ.

Niggles remain few and far between – namely the lack of cupholders and the tiny glovebox. It’s a strong performance that shows Peugeot’s push upmarket is making a difference where it matters – in the metal.