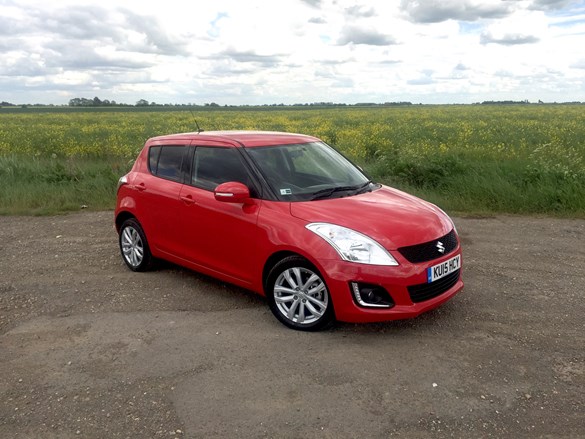 There has been a lot of talk around engine downsizing in recent years to help improve fuel economy and cut CO2 emissions. Many engines have lost a cylinder and gained a turbocharger to increase efficiency and performance.

Suzuki is using an alternative method with petrol engines designated Dualjet. In the Swift, the manufacturer’s best-selling car in the UK, the Dualjet engine offers almost as much performance as before, but lower CO2 emissions and fuel consumption. Emissions are low enough to convince Suzuki to drop the diesel version of the Swift. And the bonus for now, with Dualjet is that, as a petrol engine, it isn’t subject to the 3% benefit-in-kind (BIK) tax supplement (this ends 2016).

With 90hp, it’s a little less powerful than the standard 1.2-litre petrol engine in the Swift. It has slightly more maximum torque and it’s developed at 400rpm lower (4,400rpm) than the other engine. The technology on the Dualjet engine is slightly more expensive, but it should stack up in favour for company car drivers and fleets.

CO2 of 99g/km is four BIK tax bands lower than the standard Swift and fuel economy is 65.7mpg on the combined cycle rather than 56.5, the test cycle figure helped by having stop-start as standard. The trip computer is reading about 7% optimistic on our test car. In brim-to-brim refuelling the Swift has had an indicated best of 62.8mpg so far, but calculating the amount of fuel used showed this to be 57.8mpg.

The Dualjet is in SZ4 specification, which includes plenty of standard equipment, such as digital radio, sat-nav, electronic climate control, 16-inch alloy wheels and electric windows. There are a lot of hard plastic surfaces inside, and many small cars these days would feel more luxurious. But to match the equipment in the Swift, you would be looking at a value north of £15,000. So far, the Swift is impressive.