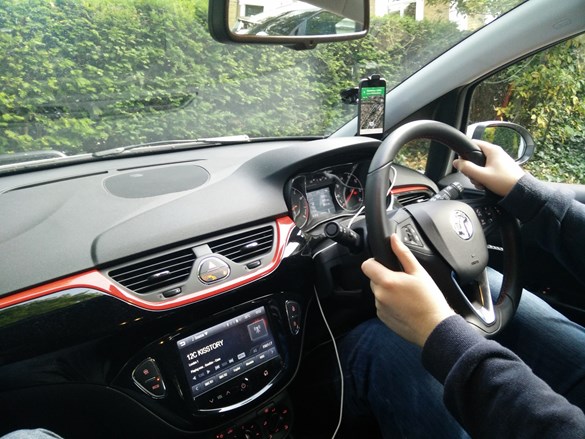 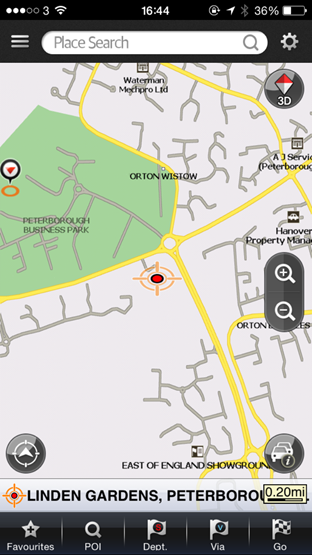 One of the features I mentioned in the first long term report for our Corsa  was the Intellilink app-based touchscreen system. The screen itself is large and really clear, and positioned nicely in the centre of the dash.

It’s clear that Vauxhall has looked to the likes of Mini and Audi for interior inspiration, with a little bit of design flair making the car a pleasant place to be.

Actually start to use the screen though, and you might be a little more disappointed with the idiosyncracies it throws up.

A selling point of the system is the use of paired apps on your phone. Sat-nav, for example – though you’re limited to a narrow range of pre-defined apps.

The only option for sat-nav is BringGo, which is 79p on the Apple app store, and looks old-fashioned compared to Google Maps.

After the Corsa’s extended repair, I opened up BringGo on its return to be met with a demand for an ‘in app purchase’ for £39.99 –  the 79p cost only covers a month’s trial, which  is a little disappointing.

A future version of Intellilink, to be fitted to the new Astra announced this month, will include Apple CarPlay and Android Auto, which allow you to use navigation from Apple and Google Maps – which are far superior.

Until then, though, I’ve returned to a  phone cradle in the windscreen, which feels decidedly old school – and a missed opportunity.

Audio consumption is limited to FM, AM, or digital radio (standard fit), USB or Bluetooth - Vauxhall have ditched the CD player.

However, with my iPhone connected by USB, it will only play with the Music app. For Spotify, for example, you’ll have to use Bluetooth.