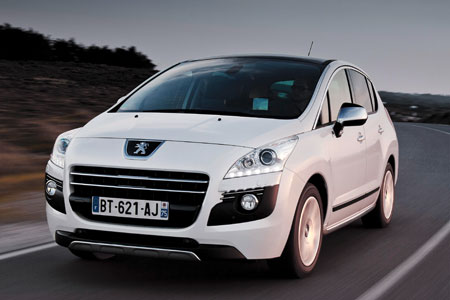 Peugeot has come to market with perhaps the most significant change to hybrid technology since it was launched 10 years ago.

The 3008 Hybrid4 is the world’s first full diesel-electric passenger vehicle – a fact which Peugeot intends to capitalise on as it looks to attract new fleet customers to the brand this year – although sister brand Citroën will also benefit from the same technology in the new DS5.

Compared to a petrol-electric hybrid, twinning a diesel engine and electric motor should result in a performance and efficiency advantage which, in turn, should offer increased driver appeal for user-choosers.

Low-down acceleration is also improved thanks to the torque of the diesel engine and pulling power of the electric motor – a combined output of up to 200bhp.

Another plus point is that the HMRC has confirmed that diesel hybrids are not subject to the 3% diesel benefit-in-kind tax surcharge.

The entry-level Hybrid4 has CO2 emissions of 99g/km and fuel consumption of 74.4mpg.

The larger 17-inch wheels on the next trim level up increase emissions to 104g/km, meaning it isn’t exempt from the London Congestion Charge, although it still achieves 70-plus mpg on the combined cycle.

The Hybrid4 has 100 litres less boot space than the standard 3008, but it still has the split lower tailgate and compartment under the boot floor. Folding the rear seats and the front passenger seat flat frees up 1,501 litres and makes the Hybrid4 much more spacious than the petrol-electric Prius.

On the road there are four different modes to choose from: auto, ZEV (Zero Emissions Vehicle), 4WD (four-wheel drive) and sport.

In sport mode the Hybrid4’s full 200bhp is available (10bhp more than in ‘auto’ and 4WD mode) and gear changes are quicker, while 4WD is the ideal mode for poor road conditions.
The full-electric ZEV mode is only possible if the batteries have sufficient charge and at low speed, otherwise it automatically changes to the auto mode.

Like all hybrids, a stop-start system places the HDi diesel engine in standby and restarts it as and when conditions allow.

The Hybrid4 is arguably more enjoyable to drive than the standard 3008 as there is no lag between gear changes from the EGC gearbox, and there is a true high-performance feel when both engine and electric motor are working together. The electric motor has helped make these gearshifts less perceptible.

The current (petrol) hybrid king Toyota has been, perhaps predictably, critical of diesel-hybrids, claiming developments costs are prohibitive. Peugeot reckons the Hybrid4 counters that argument, although pricing on paper is higher than the Prius – albeit the 3008 is much roomier.

Prices start at £26,940 for the 99g/km trim (which is expected to be the best seller) rising to £29,950 for the Limited Edition. This puts it at the top end of the Prius range.
However, more disappointingly, we struggled to exceed 60mpg – that’s more than 14mpg lower than the official combined figure.

The 104g/km model adds 17-inch alloy wheels, a seven-inch screen with sat-nav, head-up display and distance alert system. The head-up display projects the car’s speed on to a retractable transparent panel and can be adjusted using toggle switches.

The switches also control the distance alert system which helps the driver to keep a safe distance from the vehicle in front.

The Limited Edition adds a two-tone leather interior, a panoramic glass roof and a front parking aid (a rear parking aid is standard on all trims).