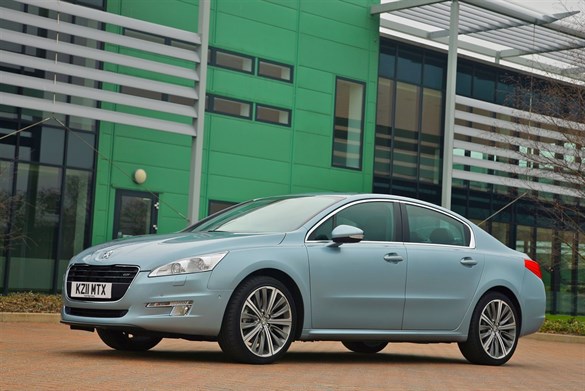 Peugeot’s fleet registrations have risen 9% this year: an increase credited by Phil Robson, the manufacturer’s director – fleet and used vehicle operations, to the 508 having its first full year of sales.

And with a 508 2.0 HDi 163 SR saloon having spent eight months on our long-term fleet it has been easy to understand why the upper-medium model has proved a hit.

It looks good (although not quite as stylish as the estate version), offers excellent levels of refinement and comfort, has proved to be surprisingly efficient and the interior quality and design offers a premium feel which can compete with the class best.

However, it’s probably fair to say that we knew much of this before the 508 joined our fleet.

For example, Simon Harris, our deputy editor, had first-hand experience of the car’s build quality after driving a model which had travelled the equivalent of 56,000 miles from the PSA Peugeot Citroen facility near Paris the 400 miles to Peugeot’s UK HQ in Coventry.

In his report (Fleet News, September 1, 2011), he found: “The only evidence of the car’s prolonged and intensive use was a smoothness in the leather on the steering wheel at 10-to-two.

“The 508 actually felt in better condition after the trip than the Ford Mondeo I had been using, and which had just over 18.000 miles on the clock.”

It’s a finding I agree with as our test car was returned to Peugeot having covered 17,613 miles, with no wear issues or rattles whatsoever.

However, having had no first prior experience of the 508, one thing which did come as a surprise to me was its classy dashboard and build, especially as I’d ran a 407 for a short while a few years ago.

There was much I liked about the 508’s predecessor, but its interior wasn’t one of them.

I remember it as having huge areas of black plastic, fiddly buttons, and a hands-free phone system which involved removing the SIM card from your mobile before inserting it into a port in the multimedia unit – a far cry from the classy dash with tasteful use of chrome trim and Bluetooth system used by our test car.

The ride and driving experience is much improved from the 407 too, and although it doesn’t feel as sharp to drive as the Mondeo, there is nothing for the typical company driver to complain about.

Fuel economy, too, is something that most drivers should be content with. As well as offering strong performance from its 163bhp engine, the 2.0-litre unit consistently achieved between 54mpg to 57mpg over a tankful of fuel. The highest I recorded was 58.1mpg – just over the official combined fuel consumption of 57.6mpg.

Grumbles were few and far between. Early on in its time with us it suffered a couple of slight technical glitches – one that the car reconfigured its date/time back to the default setting on one occasion, with another that the trip computer froze at 6,214 miles, also reporting at this point that the average fuel economy was 999mpg.

But these were minor irritations during a spell in which the 508 was otherwise impeccably behaved, and it has consistently shown that it fully deserved its accolade of being highly commended in the upper-medium category of the 2012 Fleet News Awards.