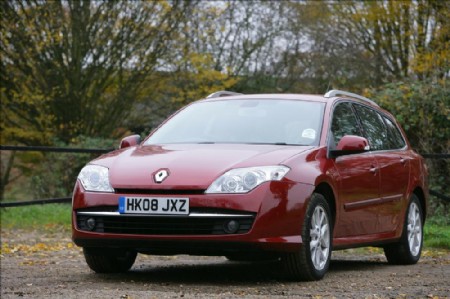 There’s nothing on our Laguna to tell you its engine is only 1.5 litres.

Instead, it’s badged as a dCi 110, with Renault thinking that image-conscious company car drivers wouldn’t put up with a ‘1.5’ badge – just not enough car park credibility.

The engine’s diminutive nature becomes apparent on the road. I find myself willing it to deliver more power, thinking positive thought can somehow be transformed into extra grunt.

Clearly I’m deluded, but once you accept that this model is all about fuel efficiency, the engine isn’t that bad.

This device has failed to make much of an impression on my fuel economy – at 39.1mpg I’m way off the claimed average of 53.1mpg.