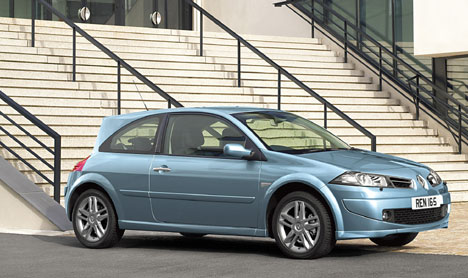 You can look at the Renault Megane GT in two ways. It’s either a halfway house between regular and hot hatch models, or it’s the perfect blend of sportiness and common sense.

I favour the latter description as the new GT trim level offers user-choosers the chance to have a car with a bit of pizzazz without having to pay out a fortune in benefit-in-kind tax.

Bridging the gap between the top-spec Dynamique models and the performance-oriented Renaultsport versions, the GT offers a sports bodykit with deeper side sills and spoilers front and rear, twin centre-exit exhaust pipes, 17-inch alloy wheels and lowered suspension to give the car a more planted stance on the road.

But instead of a thirsty petrol engine under the bonnet, Renault has installed the familiar 150bhp 2.0-litre dCi turbodiesel unit, offering claimed combined fuel economy of 52.3mpg and CO2 emissions of 146g/km, putting it in the second-lowest benefit-in-kind tax band for diesels.

Faster versions are available in the Megane family, most notably with the Megane Renaultsport dCi 175, but the 150bhp unit in the GT is more than enough for everyday driving.

It offers plenty of power from low down the rev range, and with 250lb-ft of torque available from just 2,000rpm there is enough on offer to make acceleration from low speed in a high gear effortless. Power is transmitted through a slick-shifting six-speed manual gearbox.

At start up the engine is quiet and doesn’t make the clattery sound that you get with some other diesels from volume carmakers, and it continues to be unobtrusive when up to speed.

Cruising in top on the motorway is a relaxed affair, with little wind or engine noise coming into the cabin, and the engine ticking over at low revs.

And thanks to the lowered suspension the Megane handles well, remaining flat and composed in cornering while offering ride quality which doesn’t get too jittery over poor road surfaces.

Inside the GT looks and feels the part thanks to a pair of heavily-bolstered front seats and a chunky leather steering wheel, plus some silver-effect flashes to lift the predominantly black cabin. It’s also well equipped with air-conditioning, automatic headlights and windscreen wipers, electric windows and mirrors.

Our test car also felt well screwed together and bears the fruit of Renault’s continuing action to improve quality and cut down on the number of problems which have afflicted its cars in the past few years.

The Megane may be getting on a bit but this new model demonstrates what a good car it is. The GT looks and drives well, and is priced to sell. It remains to be seen if fleet managers will be convinced thanks to the model’s poor reliability legacy. 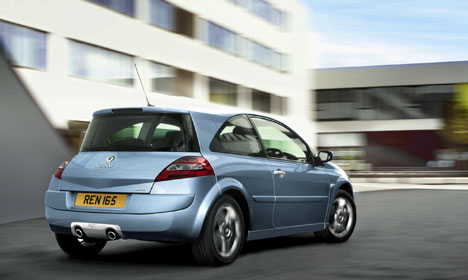