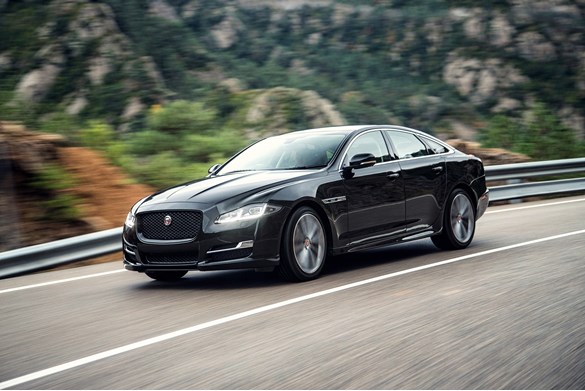 Relatively small changes are expected to make a lot of difference to the way corporate drivers regard the latest versions of Jaguar’s flagship saloon.

Though they look little changed from their elegant predecessors, cars in the 2016 model year XJ range come with an array of electronic upgrades as part of moves aimed at further strengthening the UK firm’s campaign to make further inroads in luxury motoring.

But the package should also be music to the ears of customers who are looking to lower the cost of operating vehicles at the upper end of the premium sector, believes Jaguar Land Rover UK sales director Chris Newitt.

“You can make lots of alterations and they can go unnoticed, but it is possible for fewer visual changes to have a big impact and we think this will be the case with our XJ upgrades,” he told Fleet News.

“Along with the fresh dashboard technology, we’re offer-ing improved efficiency to lower operating costs and boost residual values – and because it all comes at no significant increase in cost, this package also represents a step up in value.”

The changes are best expressed in the XJ R-Sport, a new addition that blends the overtly sporty looks of the hot-shot 5.0-litre XJR with the parsimony of a 3.0-litre diesel motor now uprated to deliver greater power and torque despite using 6% less fuel.

With plenty of surge to go with armchair comfort, stretching space in plush surroundings and super-smooth ratio changes from its eight-speed ZX transmission, the XJ-R Sport puts a fresh twist on the old Jaguar advertising logo  ‘pace, grace and space’.

But the unruffled motorway express, with a theoretical range of more than 800 miles, also proves to be pretty slick on minor roads. This is thanks to a new electrical steering system that provides the feel and response of a much smaller car.

Another fresh dimension is the new 12-inch touchscreen infotainment system.

Worth up to £2,000 in added value, this cutting edge gadgetry provides a remarkable combination of navigation, connectivity and wi-fi hotspot expertise, along with a 26-speaker digital audio system.

Responding like an iPad in accepting pinch to zoom movements and swipes to scroll between screens, it marries sophistication with ease of use and takes in-car features to another level.