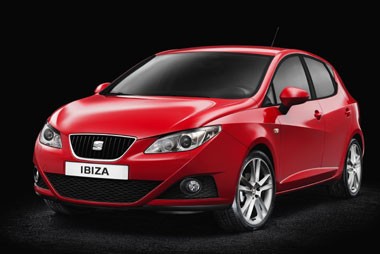 A plan to boost SEAT UK’s share of the fleet sector will be launched when the next Ibiza supermini reaches showrooms in July.

Backed by a dramatic improvement in predicted residual values, the fourth-generation version of the popular model is set to net the Spanish brand vital extra registrations from fleet drivers, believes head of fleet and business sales Andy Webb.

“We believe our new car will attract significantly higher values.

"Add in a 9% reduction in maintenance costs and we have a great chance to make spectacular progress in a segment of the market where we’ve never managed to achieve the performance we always wanted,” he said.

“With bigger bodywork, the Ibiza has more space and greater luggage capacity. It is more versatile, much more comfortable and built to a noticeably higher quality standard.

“I see it as a fantastic opportunity because competitive pricing and group two to five insurance rates will also help us to a much stronger position on wholelife costs.”

Mr Webb added: “We think our customers should be able to take a step up in both engine size and trim level compared with the current model range without having to meet any additional monthly PCP payments.”

A substantial change in styling will allow its three-door SportCoupé stablemate to be marketed as a separate model when it arrives in November.

“We aim to follow the route set by Vauxhall with the Astra in developing one product with two distinctly different personalities.

"The five-door will sell on practicality and functionality, while the SportCoupé will be pitched to attract younger buyers and user-choosers,” said Mr Webb.

Based on the Volkswagen Group platform for the next-generation Polo, the longer, wider five-door model stands on bigger wheels and uses bold, sweeping lines to clothe an interior that provides greater space for passengers as well as a 292-litre capacity boot, one of the biggest in its class.

Petrol engines sized at 1.2, 1.4 and 1.6 litres – all claimed to offer 10% better fuel economy with 10% reductions in exhaust emissions – will be available at launch, but other options, including diesel and the high-economy Ecomotive version, are not expected to arrive until next year.

A five-speed gearbox is standard, but the Ibiza will be the first in its segment with the option of a seven-speed, double-clutch DSG transmission.

British market specifications are yet to be confirmed, but there will be three trim levels, all with electric front windows, remote central locking, electro-hydraulic power steering and six-speaker, MP3-compatible CD stereo with steering wheel-mounted controls as standard.

Bi-xenon headlights and foglights with side illumination for cornering head an options list that will include hill-hold assist, a tyre pressure monitoring and warning system, automatic lights and wipers, parking sensors and connectivity for music devices and Bluetooth hands-free phones.

A major innovation will be the option of the first factory-fit docking station for portable satellite navigation equipment.

SEAT has dropped its on-board system for the Ibiza – an expensive option taken up by only 1% of UK customers – in favour of a docking bracket likely to cost around £45.

Mounted in the centre of the upper dashboard, it has adaptors to fit a variety of units and banishes unsightly power cables and suction cups.

Prices of the new range will be announced nearer launch, but Fleet News understands that SEAT UK will sell the entry-level Ibiza at £8,995 and is considering a move adopted by the brand’s other main European markets to continue offering some versions of the current range at significantly reduced costs.

"We have identified a market for higher-quality five-door superminis as people continue to downsize.

"This new model represents a great leap in quality as well as technology and we’re already processing a good level of enquries,” said Mr Webb.

SEAT’s top-seller has grown up to face fresh competition in the burgeoning supermini sector, but the model seen as the first step towards achieving the company’s aim to double output over the next decade has also grown in stature.

Clever styling makes the five-door appear like a bigger, lower-medium sector model and the interior is noticeably roomier, despite a lower stance in keeping with the drive to position SEAT as a sporty brand.

In spite of the bigger bodywork, the car is 50kg lighter and more rigid than before, resulting in sharper road-holding characteristics and greater control in cornering.

As ever, firm suspension is fine during faster driving but choppy over rough surfaces.

No examples of the DSG were available for testing, but the snappy, short-throw action of the standard manual gearbox proved to be well matched to the free-revving and lively 1.2-litre three-cylinder and refined 1.4-litre petrol motors that are expected to be popular in Britain.

Greater kerbside appeal should give the new Ibiza a good start in the showrooms, but it’s a pity customers face a long wait for the low emission, congestion charge-busting Ecomotive version, as well as the regular diesels.

However, the extra interior space is welcome and the driving experience is another plus point.