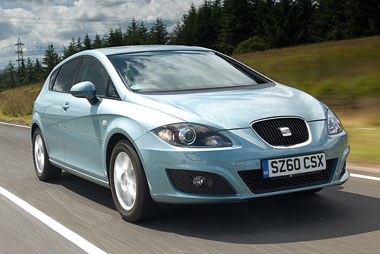 Second-generation diesel power is set to play a key role in helping Seat win a bigger stake in one of the hardest-fought arenas of the fleet market.

“The styling of the Leon has already proved to be a big hit with customers, but improved economy and a big reduction in tailpipe emissions should prove to be significant factors in our drive for expansion,” she said.

“We’ve added 2,000 units to our volume for the first 10 months compared with last year to reach a 1.7% market share and we are looking to build on that. I’m expecting this blend of performance to help us make further inroads.”

Speaking as Leon and Altea models were launched with the Volkswagen Group’s new 2.0-litre TDI engine, Livingstone told Fleet News a 2% fleet share was viewed as a ‘realistic level’ for the Spanish brand’s UK business.

Compared with its predecessor, the new engine produces the same output but boasts a substantial, 32g improvement in CO2 emissions at 125g/km along with a 15% boost in economy.

It also delivers its power in a more refined manner to take the Leon to the benchmark 62mph rate in 9.5 secs.

Powertrain development chief Thomas Dicke said: “Our view is that this engine makes the Leon a much better prospect for user-choosers across Europe.”