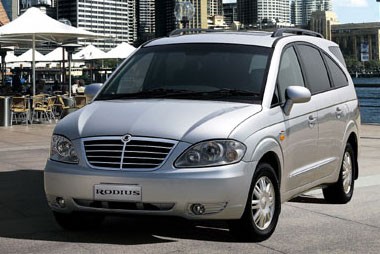 After a couple of years in the automotive wilderness, SsangYong is back.

Many people may not see that as something to start jumping up and down with excitement about – especially as a great number were probably not aware of the brand.

But the reintroduction of the Korean carmaker to the UK will mean a new range of vehicles being targeted at business users.

SsangYong has had a UK presence for many years, but it has never been a particularly noticeable one.

Specialising in affordable 4x4s, the firm has been plagued by management troubles and has never been able to establish a foothold in the market.

The firm went into administration at the end of last year, and its assets were bought by a new company – Koelliker UK – formed to distribute SsangYong in Britain as a subsidiary of Italian car distribution firm Koelliker, which sells the brand in Italy.

At the helm is managing director Paul Williams, formerly of Kia, who admits the franchise has not performed in the UK but is confident of turning things around.

Mr Williams hopes a sizeable proportion of the sales will be to small businesses.

The marque’s new tagline is “It works for me”, indicating the emphasis on the practical and affordable aspects of SsangYong ownership.

The range consists of three models.

The smallest, the Kyron, counts its rivals as the Kia Sorento, Hyundai Santa Fe and Chevrolet Captiva. 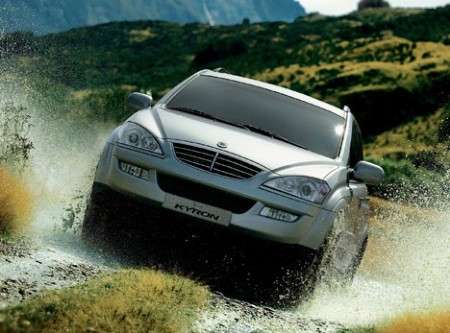 With prices slashed from £17,995 to £14,995 for the entry-level S model, it undercuts all of its competitors and is powered by a 139bhp 2.0-litre diesel engine, with either two or four-wheel drive and automatic or manual transmission.

For £22,495, the top of the range Kyron SPR has a 2.7-litre diesel engine with 163bhp and Mercedes-Benz automatic transmission. 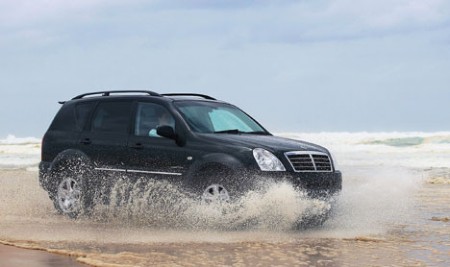 It wants to challenge the likes of Mitsubishi’s Shogun, Land Rover Discovery and Jeep Cherokee.

All the Rextons use the 2.7-litre engine, but the SPR has increased power of 183bhp.

The largest vehicle in the range is the seven–seater Rodius, which comprises four models with either the 2.0-litre unit or the 163bhp 2.7-litre engine. 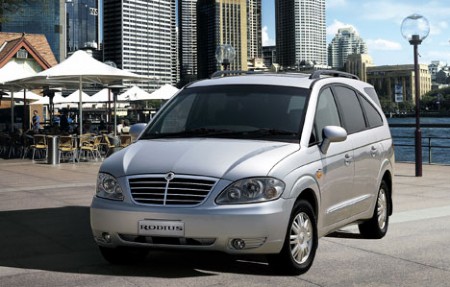 It’s often said that there is no such thing as a bad car, and this is probably true.

Unfortunately, some cars are better than others, and none of the SsangYong models are going to win any prizes.

Build quality in all three models is pretty poor, and anyone wanting an enjoyable driving experience will be left disappointed.

However, there can be little arguing over the prices, which are as low as they come.

The Kyron is the newest vehicle in the range, and has had some visual tweaks since it launched in 2006. It’s no looker, but isn’t as offensive on the eye as the original design.

The interior is tolerable but far from outstanding.

The plastics are cheap, the design is bland and the Kenwood stereo looks like it was an afterthought.

It moves, it steers – what more do you want?

I do know from previous experience, however, that it’s surprisingly capable off-road.

Hill Descent Control is standard on all models, as is air conditioning and ESP.

The larger Rexton continues in the same vein, with ESP, HDC and active rollover protection included in all models.

Specification levels are very good for the price.

But again, it’s wallowy to drive and the interior plastics pretty grim.

Last to be tested was the Rodius.

To damn it with faint praise, it drives better than it looks.

But it looks awful, seemingly eschewing all the established principles of car design. Inside, it is absolutely huge.

Taxi drivers will be a core market for the Rodius, and with plenty of room for seven adults, you can see why.

The seats can be switched around individually and it would be ideal for airport runs.

Focusing on the positives, all of the models generate a decent amount of torque and should have no trouble towing trailers or caravans.

And the seats are pretty comfortable – motorway journeys are far less distressing than B roads.

All of the SsangYongs represent the bargain basement of motoring, and can provide four-wheel drive and generous specification levels at rock-bottom prices.

If price is all-important, and you don’t expect much in terms of quality, driving prowess or style, then the Korean range undoubtedly offers value for money.