Every car Subaru builds has to live in the shadow of the all-conquering Impreza WRX STi in one way or another.

The Spec.B version of the Legacy takes a number of the key attributes of the rally-bred hooligan as it tries to attract drivers of established premium brand saloons and estates. The Legacy 3.0R has been around since last November, but it has only been offered with an automatic gearbox, which some have complained dulls the 241bhp engine’s performance. 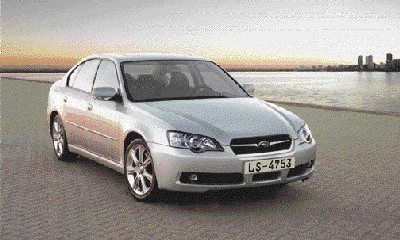 Hence the Spec.B has a six-speed manual box based on the transmission used in the Impreza, plus a host of other performance-based revisions to make it faster and handle better.

That’s not to say that Subaru is trying to build an executive-sized Impreza. A number of gearbox parts have changed to make it easier to drive, quieter and smoother. For example, the gear throw is longer and the clutch is electronically connected to the accelerator to smooth out take-off.

The suspension has also been tuned for more grip and a better ride quality and it comes with 18-inch wheels as standard, while the 3.0R has 17in wheels, which look underwhelming. The new better-looking wheels address that.

Subaru expects to sell about 2,500 Legacys next year, with Spec.B versions accounting for 1,000 of them – much the same number as the popular Outback lifestyle SUV-ish estate.

Sam Burton, managing director of Subaru UK, said the issue of residual values for the Legacy had to be addressed and this could be done through raising awareness of the car in the used market. At present, the 3.0R has predicted three year/60,000 mile values around the 27% mark, which has a marked effect on wholelife running costs.

The Impreza, because of its cult status, has healthy used values, and Burton believes that the Legacy, particularly in Spec.B and 3.0R form, can replicate that to a degree once buyers understand what they are getting for their money. 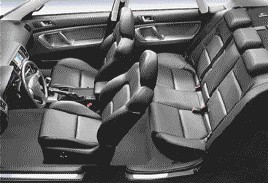 Changing perception is what the Spec.B is all about. With this car at the top of the range, Subaru reckons it has a car to lure drivers into the showroom.

In a couple of months, it will launch a 24 hour test-drive programme in a bid to get company car drivers behind the wheel of a Legacy.

The firm is particularly targeting drivers of premium brand cars such as the Audi A4, BMW 3-series and Jaguar X-type who want more specification, increased performance and something a little more left field than the usual executive choices.

What makes the Spec.B different from the competition is its 3.0 flat six ‘boxer’ engine, four-wheel drive system, and a price that premium brands just can’t – or won’t – compete with. It is likely to cost the same as the sat-nav equipped 3.0R model, at about £26,000.

To get a similarly-specced Audi A4 3.0-litre quattro , a driver will be looking at more than £31,000. Subaru reckons that although the Spec.B is relatively high emitting when it comes to benefit-in-kind tax, camped firmly in the 35% tax bracket, so are most other 3.0-litre four-wheel drive cars, and its cheap P11d price represents a saving of about £600 to £700 in tax a year.

But will company car drivers with a budget that lets them drive a premium brand car for more than £30,000 go for a less prestigiously-badged car that’s £6,000 to £7,000 cheaper?

Perhaps Subaru’s true market for this car lies with enthusiasts who, having matured, don’t want the extreme, in-your-face experience of driving an Impreza or Mitsubishi Lancer Evo every day, but still want the rally DNA, albeit in a more cultured environment.

It certainly fits the bill. The six-cylinder boxer engine is remarkably smooth and has a chuggy growl under acceler-ation that only horizontally-opposed engines have. The gearbox is light and precise, while the larger wheels and more sporty suspension don’t seem to have affected the already firm ride quality much, although the roads we tested it on were pretty smooth.

The manual gearbox seems to have liberated the engine as well. It feels faster than the standard 3.0R, with beefier acceleration, while the exhaust note is less subdued and there is plenty of grip.

It really does feel, sound and drive like an Impreza for grown-ups. As an alternative to the mainstream, the Legacy 3.0R Spec.B is really worth a look. Just do the wholelife cost and tax figures first to ensure both fleet and driver are not losing out too heavily.