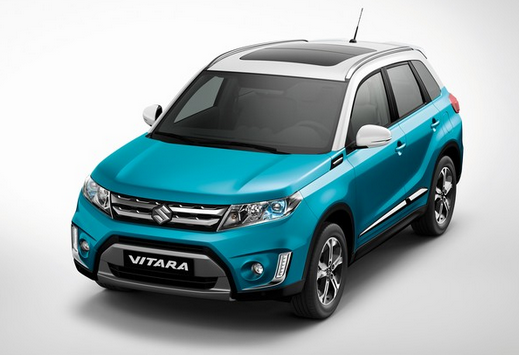 But pricing, and a comprehensive array of standard equipment, could prove to have greater significance for company car buyers when a special mid-range version of the latest Vitara model goes on sale in April.

“We have designed this car with the fleet buyer in mind and we think it will be a hit, because it looks imposing and has all the luxury of a £19,000 vehicle, despite costing considerably less,” he told Fleet News.

“Lifestyle changes are prompting many drivers to move away from B and C segment hatchbacks and opt for alternatives with funky and emotive styling. Having a car like this is a good fit for Suzuki – particularly so because the Vitara is bigger than the typical B segment vehicle. And even though it doesn’t look like a small SUV, it is priced like one.”

According to Wyatt, the mid-range version takes account of lessons learned with the S-Cross, the first Suzuki to be launched with a fleet-specific specification.

“That car has helped us make inroads to fleet business, but I think this car has the potential to be twice as  successful,” he said.

A choice of 10 paintwork finishes and five dual-tone combinations are on offer, in custom packages designed to help Suzuki become involved in the personalisation boom, with a choice of front grille, bumper and instrument panel finishes.

Two option packages allow owners to choose either chrome-finish lamp bezels and a roof spoiler, for what is described as an urban look, or black-finish lamp bezels, front and rear skid plates and loading edge protection, to reflect a more rugged appearance.

Comprehensive equipment is a key feature of the Vitara, and seven airbags, digital radio, automatic air conditioning, cruise control and power windows all-round come as standard across the range.

Wyatt believes the SZ-T offers the strongest fleet potential. “The significant thing about this vehicle is how big and imposing it looks – and it has just about everything fleet drivers need.

“With 17-inch alloy wheels, rear privacy glass, smartphone link audio and satellite navigation, this is a fantastic value-for-money proposition. We’re giving the mid-grade employee access to luxury travel and I have no doubt it will be well received,” he said.

Twenty-five years after the model was introduced, the latest Vitara has strong kerbside appeal, with solid but smooth styling, sweeping side lines and a gently sloped roofline, resulting in a low drag coefficient of 0.33 on bodywork that makes extensive use of high-tensile steel to be the lightest in its class.

Though it tends to be noisy while idling, the Vitara’s Fiat-sourced engine is more subdued on the move. Mated to well-spaced gearing, it is a lively performer that feels generally more nippy than is suggested by official performance figures. It proves to be particularly relaxing during motorway cruising, when the high sixth ratio produces 70mph from only 2,000 revs for high fuel efficiency and tailpipe emissions that are among the lowest of any compact SUV.

Thanks to a nicely-weighted gear lever, changes are smooth and suspension borrowed from the bigger S-Cross model provides neat road-holding manners, confident cornering and car-like ride comfort over mixed surfaces.

Like its bigger brother, the Vitara treats its occupants to a higher-than-average seating position, for good  visibility that makes it easy to drive and manoeuvre.

Despite sharing many of its features with the S-Cross, the dash panel uses a mixture of painted and plastic finishes to achieve a more stylish and modern look.

Operating via a seven-inch colour touchscreen, the audio system has been designed to be easy to use – so easy that it can be operated by people wearing gloves.

Routine servicing intervals of 12,500 miles should contribute to reduced cost of ownership, and RV predictions are between 40% and 43%.

“We couldn’t have wished for better – this is as good as anything in the segment and should lead to some very competitive contract hire and leasing rates. I have a feeling that this is a proposition that the fleet industry will like,” said Wyatt.

“Less than half of the volume in the crossover segment is retail-dependent and, to be successful, you need to have offerings in Motability, local fleet business and contract hire. Historically, Suzuki has been weak in these areas, but our experience with the S-Cross suggests we can be very successful in them with the Vitara.

“I see the Vitara as another pillar model – like the Swift, it is designed to appeal to a broader range of customers. This is a practical, individual and affordable product and we expect it to win us significant conquest business.”