"It is difficult to judge the Mirai in isolation without considering the limitations placed on it by the current refuelling infrastructure." 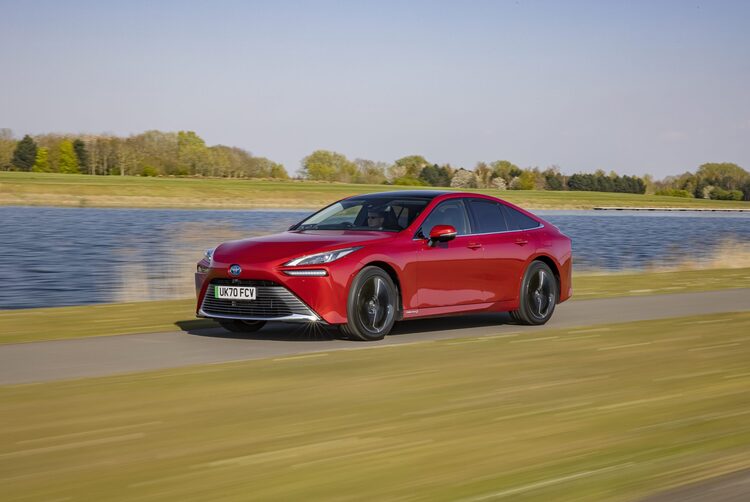 As the registrations of battery electric vehicles (BEVs) set new records every month, few topics in the sector create such a divide as hydrogen-powered fuelcell cars.

Critics point to issues such as the lack of refuelling infrastructure and the amount of energy which is used to create the hydrogen to fuel the cars as reasons why BEVs are the best solution for zero-emission motoring.

However, the vast investments being made by organisations and governments in the technology suggests hydrogen will have a major role to play in the decarbonisation of transport in the future.

Toyota is one of the companies at the forefront of the technology and stresses that it does not see fuel cell as an either/or situation with BEVs, more as a complementary technology which will suit some circumstances better.

It has just launched its second-generation Mirai, which is bigger, more powerful, cheaper and able to travel further when fully refuelled than its predecessor: it now has a range of around 400 miles, a 30% increase on the previous model. Toyota has also reduced the price by up to 24% compared with the previous model.

The manufacturer has also announced business contract hire rates for the range and these, excluding VAT, are £435 per month for Design – a £300 saving over the previous model – £450pm for Design Plus Pack and £609pm for Design Premium Pack. These include maintenance and are for a three-year/36,000-mile term.

The figures for new Mirai look much better than they did for the outgoing model, and this improvement is also true for the car itself. It is much sleeker than its predecessor and a much better fit for the style-conscious executive sector than the original unconventionally-styled Mirai. This sentiment also extends to the interior. It feels suitably hi-tech and premium, and includes a 12.3-inch infotainment touchscreen and TFT instrument cluster.

Quality is high, although it is not the most practical despite the overall size of the car: other competitors in its class offer more rear legroom, while the boot is smaller than its rivals at 321 litres. However, the driving experience is very much in keeping with the technology and style. It’s a comfortable, exceptionally refined and relaxed drive rather than a sporty one.

The Mirai’s powertrain produces 182PS – 10% more than its predecessor – and acceleration is adequate rather than the instant surge offered by some BEVs, but that level of performance would feel somehow inappropriate in this car.

As a vehicle and a showcase for fuel cell technology it’s an impressive package, but it is difficult to judge the Mirai in isolation without considering the limitations placed on it by the current refuelling infrastructure.

UK sales have started, with reservations accepted prior to customer deliveries beginning later this year, and, although on its merits Mirai deserves a wider take-up than its predecessor had, it won’t currently suit the majority of fleets.

Organisations such as Green Tomato Cars and London’s Metropolitan Police have shown through their use of the previous model that the technology can be successful when used in the right circumstances, and, if these apply, the new model is certainly worthy of consideration.

Welcome debut of a seven-seater, but it’s sitting in ‘limbo’.