BIG improvements in production methods have provided mainstream family cars with a substantial boost in quality over the last few years.

But Toyota continues to set the global benchmark for the way it manages to balance high quality standards with the demands of mass volume manufacturing.

The Japanese firm goes to extraordinary lengths to make sure the assembly processes it operates eliminate the risk of any vehicle leaving the lines with the defects that fall well short of causing breakdowns but still infuriate owners.

Its build system is designed to prevent things like paint blemishes, water leaks, squeaks or rattles from happening and it is also remarkably fastidious about making sure that every gap between body panels on the Avensis model range measures 4.5 millimetres – and no more or less.

Company policy on ‘minding the gap’ is so strict that supervisors at a new training centre near Derby refuse to allow checkers to move on to the next aspect of quality control until they have proved they can judge the 4.5mm measurement to within 0.2mm accuracy – and do it 10 times in a row. Impressive stuff – particularly so when you consider that eyesight and touch are the only ‘tools’ available to the people who work on up to 40 cars per shift rota.

Such zealous attention to detail is good news in the business car sector, where the most minor failings concerning fit and finish often leave customers with negative impressions about overall quality standards. 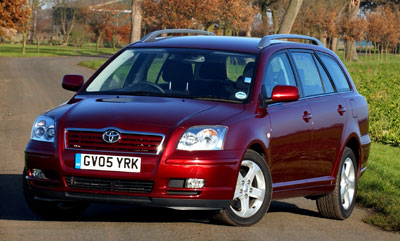 The finesse of Toyota’s assembly system is showing through in the Avensis Tourer model on our long-term test fleet. After three months in service, the car hasn’t developed a single squeak or rattle and is as subdued on the move with the rear seats folded down flat for load carrying as it is with the backrests up and the rear load cover in position.

Thanks to good sealing, little wind noise is generated at motorway cruising speeds and effective sound deadening makes sure the lusty turbo-diesel engine rarely generates more than the odd, meaningful growl as it goes about its business.

As a result, the Avensis offers a high degree of refinement – whether you’re travelling in the front or the rear – and that’s a significant virtue for a car that has been designed to be a practical workhorse when not operating as family transport.

Several trips to the rubbish tip have shown how quick and easy it is to make full use of the car’s load potential, but it is a pity that the carrier bag hooks provided at the rear of the load bay are too small to be of much use on the supermarket run – bigger hooks located further into the boot would be an improvement. 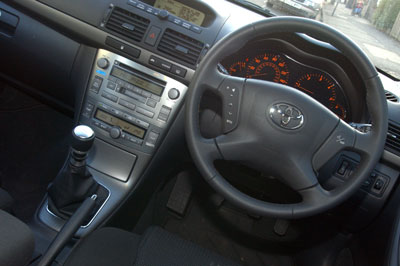