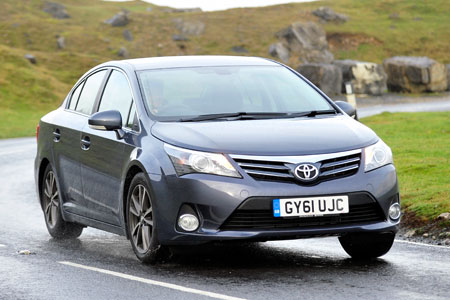 Could this be the last Avensis to use a Toyota diesel engine? A recent agreement with BMW should ensure the Japanese car giant, which had seemed to give up on diesel development in favour of petrol-electric hybrid, has a more desirable range for fleets in future.

But for now, the Avensis has undergone a mid-life refresh which also includes a much more fleet-friendly diesel variant based on current Toyota technology.

This engine derivative alone would be the one of interest to fleets, as the 2.2-litre diesel, producing 150bhp, is still off the pace when it comes to CO2 emissions and fuel consumption, but at least the 126bhp variant is competitive with some less powerful rivals, as well as a few star performers in the sector that have a bit more grunt.

While the changes are subtle, Toyota has also used the opportunity to increase the level of standard equipment across the range, and particularly the TR equipment grade aimed at the corporate market.

All grades have higher levels of equipment than their predecessors, with Bluetooth now standard across the range, and every engine available with all grades to take account of increasing demand for high levels of kit on the most frugal and efficient engines.

Few extras are available, but notably the protection pack (which includes parking sensors) is offered on all, but the top T Spirit, while T Spirit models can be equipped with a pre-crash safety system within the safety pack option.

Toyota claims the revised Avensis has a more engaging feel than the earlier version, and it’s probably right, but for driving enthusiasts it wouldn’t come close to offering the occasional fun of a Mondeo, Mazda6, Peugeot 508 or even Volkswagen Passat. There was still something missing when our drive took in some challenging country roads complete with hairpin bends.

But quality is among the best in class, as is refinement with the 2.0 D-4D’s distant hum barely noticeable. Perhaps ironic that it has taken until now for Toyota to catch up on diesel performance that it will soon be supplied by one of the best diesel engine makers in the car industry.