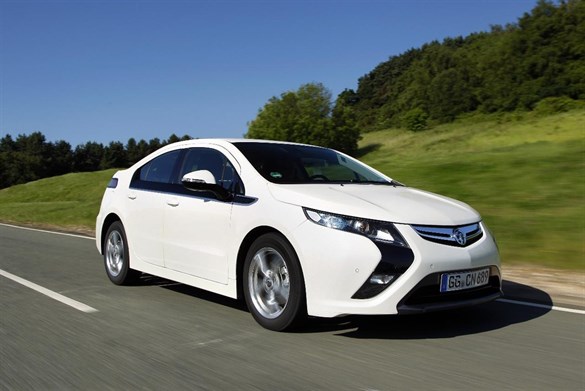 Mention electric vehicle and it probably won’t be long before the phrase ‘range anxiety’ enters the discussion.

With battery technology currently allowing an electric vehicle a maximum range of about 100 miles before recharging – usually overnight – while the concept might be suitable for low-mileage fleets, the compromise is obvious.

Hybrid pioneer Toyota has decided to diversify its offering with plug-in versions of the Prius – while planning to introduce a full electric vehicle in 2012.

The principle of a plug-in hybrid is that the car runs on the battery for a short period, while the engine takes over driving when the range has expired.

Vauxhall is planning to leapfrog some of its rivals with a new family car to be launched in 2012 using unique technology.

The Ampera uses a powerful electric motor and has a battery that is charged in three hours by plugging into a standard 240-volt supply.

Vauxhall’s research states that for as many as 80% of people, their typical driving in a day covers no more than 30 miles, so the battery in the Ampera has a range of 40 miles.

That might seem a little short compared with the claimed maximum of 100 miles of the latest generation of electric vehicles.

However, the Ampera also comes with a 1.4-litre petrol engine. But the engine never drives the car directly. When the battery is depleted, the engine takes on charging duties for the battery as it continues to power the electric motor.

If necessary it allows the Ampera to cover a further 310 miles on a full tank.

The engine never drives the wheels: only charges the battery while driving. It never fully replenishes the battery either. This is done more cheaply by plugging the car in.

But it does address concerns about range. After a single three-hour charge, the Ampera can run if necessary for up to 350 miles, and then could continue after refuelling rather than recharging.

The Ampera will seat four people, has a full-size boot, will accelerate from 0-60mph in about nine seconds and is capable of reaching 100mph.

When the battery range is expired, the engine cuts in seamlessly with no change in performance because the motor, which is still powered by the battery, continues to drive the wheels.

In the prototype we drove the engine note was perceptible – although Vauxhall says production versions will be even quieter – but it was bizarre how it didn’t seem directly related to the car’s performance.

The car accelerated smoothly regardless of where the energy was coming from. Like a hybrid, the Ampera’s battery is also recharged when braking.

In its range-extending mode, with the engine charging the battery, Vauxhall claims CO2 emissions are less than 40g/km. Equivalent, it says, to 175mpg.

However, we were also told that the fuel tank would be somewhere between eight to 10 gallons, so its fuelled range of 310 miles would seem, at best, to equate to about 39mpg. Maybe this will become clearer before the car’s launch.

The battery will charge to a maximum of 80% capacity and will deplete to 30% of capacity before the engine takes over charging it.

Vauxhall says this improves the life of the lithium ion battery, as over-charging it or running to flat hampers performance.

As a result, Vauxhall says it will be able to offer a 10-year warranty on the battery and expects a usable battery life of at least that time.

This should help shore up used values for second or third owners. Meanwhile, under current company car tax rules, by the time the Ampera goes on sale it will qualify for BIK tax at 5% of its P11D price.

Vauxhall expects a price tag of about £30,000 for the Ampera, before any discount the government might offer to encourage take-up of ultra-low CO2 vehicles.