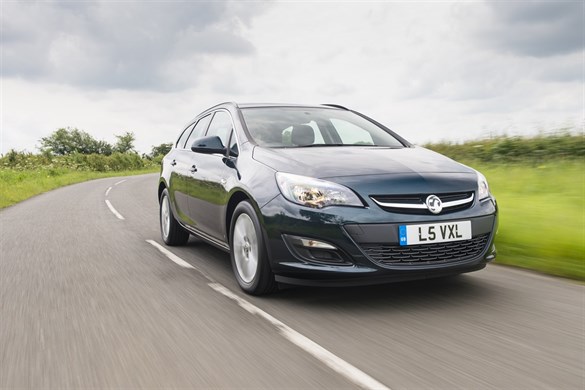 Vauxhall has been busy in the past 12 months. If it hasn’t been launching products, such as the revised Insignia and revised Meriva, it has been slotting an all-new diesel into some of its line-up.

The Zafira Tourer was first to gain the motor, dubbed ‘whisper diesel’ by Vauxhall, earlier this year, followed by the Meriva. Now it’s the Astra’s turn.

No doubt we’ll see the engine offered in the new Corsa and the Insignia in the not-too-distant future.

We tried the engine in 136hp form in the Astra Sports Tourer. While the Astra may be looking a little long in the tooth (Vauxhall has confirmed its successor will be built at Ellesmere Port next year), the Sports Tourer has always been a capable estate, with greater maximum luggage volume than the larger Vauxhall Insignia. Perhaps this new diesel will be the boost the range needs to see out its final year in production.

I must admit that when I first started the Astra Sports Tourer, I was convinced Vauxhall had mistakenly sent us one with the current 1.7-litre diesel under the bonnet.

However, once warm and on the move it does settle to a more unobtrusive volume. Although it comes with a ‘whisper diesel’ tag, the change is more subtle than Vauxhall suggests. It is more a case of the manufacturer catching up with some of the best for diesel engine noise suppression and refinement.

The 136hp version we tried performs well enough with more than enough pace, although Vauxhall offers two more powerful engines in the Astra range (165hp and 195hp) should anyone feel 136hp isn’t enough.

This particular engine replaces the 130hp 1.7 CDTi which, if customers had chosen all the optional fuel-saving technology Vauxhall offered on the Astra Sports Tourer, would have CO2 of 105g/km, but could be as high as 114g/km.

On the new 1.6 diesel, CO2 emissions are 104g/km, so it’s at least one BIK tax band lower than the previous engine.

The Tech Line equipment grade sits in the middle of the range on price and comes with standard satellite navigation, Bluetooth integration, cruise control and climate control. However, rear seat passengers still have to use a handle to wind down the windows as electric rear windows are still only found on the highest specification Vauxhalls.

The boot is spacious, with up to 1,550 litres of volume with the rear seats folded, and the Sports Tourer performs well as a workhorse.

It would be nice to say the new engine freshens up the Astra sufficiently to make it a strong contender before the new model arrives in 2015, but it merely makes it feel less old than with the earlier engine as newer models in this sector march into sub-90g/km territory.

Where Vauxhall may win is on the price fleets may be able to negotiate, giving the base for low total ownership costs.