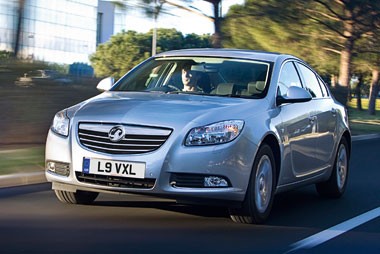 Another month with the Vauxhall has hammered home the giant strides made by the Insignia over its predecessor, the Vectra.

The Insignia is worlds apart in terms of quality, comfort and design, and so far has proved to be worthy of the plaudits it has received – including a Fleet News road test victory (October 22) against three of its key rivals – Ford Mondeo, Volkswagen Passat and Peugeot 407.

The combination of power and efficiency has impressed as the 160bhp engine is coupled with a gearbox with higher first, second and sixth gears to increase fuel economy.

In the main this works well, as the engine is flexible enough to cope with the higher ratios, although so far we’ve managed only 47.1mpg compared to the claimed 54.7mpg.

However, the longer sixth gear has meant I’ve had to adapt my driving style slightly. Usually I shift up into top gear if I’m in traffic at 50mph, but in the Insignia this makes the engine chug through a lack of revs.

But – despite a few moments of forgetfulness – it’s been easy to adapt to and, as well as better economy, also reduces engine noise while cruising.

While the parking sensors and Bluetooth kit are sensible additions, the value of the xenon headlights has to be questioned.

While they are unarguably impressive, delivering a good spread of crisp, white light and their feature of turning with the front wheels to illuminate corners is handy, the option seems too expensive for the benefits it provides.