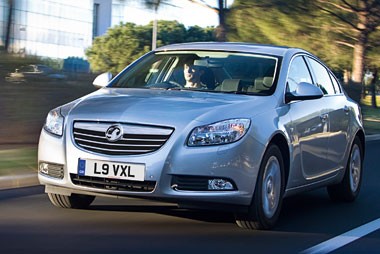 Life is all about compromise, and in the case of low-emission models the pay-off for lower tax bills is usually slower performance.

Vauxhall has decided it doesn’t want to make compromises for drivers who want to lower their tax bills and carbon output.

The result is the Insignia Ecoflex, offering lower emissions than its standard diesel stablemate but with no compromise in performance.

The Ecoflex model shares the same 2.0-litre CDTi diesel as the rest of the range, offering 160bhp and a healthy 258lb-ft of troque from just 1,750rpm.

But rather than detuning it to make the emissions improvement, Vauxhall has added some underbody aerodynamic panels to smooth airflow, lowered the ride height by 10mm, changed the gearbox ratios for lower revs at cruising speed, and added low rolling resistance tyres.

The end result is a large five-door family hatchback offering CO2 emissions of 136g/km, putting it in the 18% benefit-in-kind tax band, and returning a claimed average of 54.7mpg.

Match that and the Ecoflex’s tank will give you around 840 miles between fill-ups.

Despite a £500 premium for the Ecoflex version, it still delivers cost savings.

The improved CO2 emissions spell cheaper benefit-in-kind tax bills (£60 a month for a base rate taxpayer, compared to £67 a month in a standard diesel), lower VED (£120 per annum compared to £150), lower fuel bills and reduced running costs – Fleet News figures put our Ecoflex model at 32.53ppm over four years/80,000 miles, compared to 32.62ppm in the same-spec non-Ecoflex hatchback.

On paper, the Ecoflex delivers on its stated aim of reducing emissions and costs. We’ll be reporting on how it fares on the road, both in performance and economy.