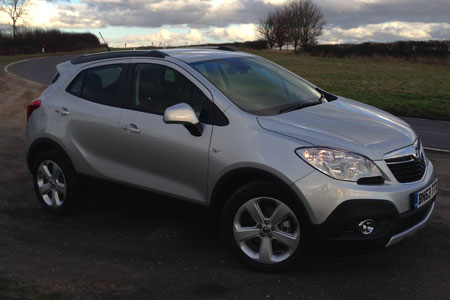 Where are all the frogs? This isn’t a question I’ve considered before, but a recent experience in our long-term Vauxhall Mokka has meant I’ve spent an unnecessary amount of time pondering it.

Let me explain… a couple of weeks ago I was driving along when my mobile phone, which I’ve connected via Bluetooth to the car’s impressive iLink media system, received a text message.

It was the first time this had happened while in the car and a menu popped up which offered, among other choices, the chance for me to listen to it, which I selected.

After hearing it, another menu then offered me the option to reply. I chose this and was offered a choice of pre-programmed replies, including ‘can’t talk right now, I’m driving’, ‘be there in 20 minutes’ and ‘I’m stuck in traffic’, as well as the more touching ‘I love you’ and ‘can’t wait to see you’.

However, at the top of the list was the question ‘where are all the frogs?’ which, quite frankly, is an unlikely message to be pre-programmed into any communications system.

I consulted the owner’s manual and found that when you are parked up you can type in in your own messages in the easy-to-use interface before saving them for future use – so obviously a previous user of the car needed to know where the amphibians were.

For the business driver who may need to immediately acknowledge a message, the text reply option could be a useful function, as well as letting contacts know that you may be late for meetings.

However, finding out about this convenient system didn’t answer the pressing question – where are all the frogs?