"The T-Cross is more practical than a Polo and offers a more premium alternative to the Seat Arona." 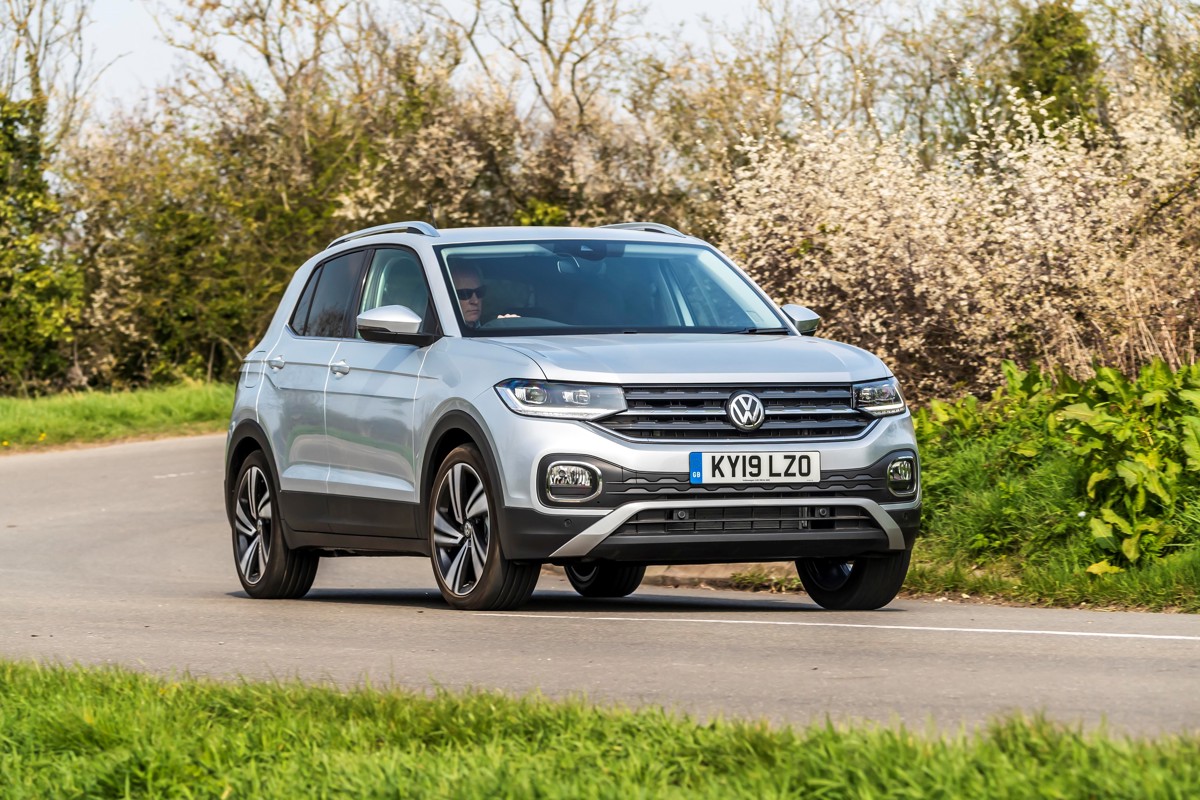 Volkswagen has overhauled its entire SUV line-up in the past three years, adding three new models which have culminated with the T-Cross.

It’s the smallest SUV in the Volkswagen range, aiming to compete with the Renault Captur and Nissan Juke.

The T-Cross is based on the same platform as the Polo and shares its underpinnings with the Seat Arona – which should give it a healthy start.

The carmaker has been more adventurous with the styling of the T-Cross than with its previous SUV, the T-Roc.

The chunky crossover looks like a scaled down Tiguan, but features a unique full-width reflector at the rear – a design cue previously only used by Audi and Porsche within the VW Group. It comes in some flamboyant colours, such as turquoise and orange, with matching interior trim pieces.

The T-Cross is only 5cm longer than the Polo and around 14cm taller, yet it costs in excess of £2,000 more, like-for-like.

Is it worth the extra? Well, the T-Cross does feel much more spacious inside and comes with more standard equipment.

Rear legroom can be sacrificed in favour of boot space, or vice-versa, thanks to a sliding rear seat.

In the rearmost position, there is adequate room for an adult to travel in the back deats and 385 litres of luggage space.

To improve passenger comfort, the rear seats are mounted higher than in the front, giving passengers a better view and easier access.

Up front, the dashboard is similar to the Polo’s. It’s well laid out and easy to get to grips with.

Hard plastics are used on the dash, centre console and door cards but the interior has a quality and robust feel.

There are two engine options, both using a 1.0-litre turbocharged petrol unit, producing 95 or 115PS.

The lower-powered car is fitted with a five-speed manual gearbox, while the more potent model gets a six-speed. A seven-speed DSG is also available on the 115PS model.

Most models emit 112g/km, although the DSG improves the figure by 1g/km.

Fuel consumption is rated at 44-48mpg, dependent on specification. The lower-powered car with a manual gearbox is expected to be the most frugal.

For most drivers it should be more than adequate. It can accelerate from 0-60mph in 11.5 seconds and, provided you are willing to use all of the revs, makes steady progress.

The 115PS version offers a more relaxed drive with an extra 25Nm of torque to help things along. At motorway speeds the extra gear helps minimise engine noise, but be prepared to downshift if you want to speed up as there is little grunt below 2,000rpm.

Light controls make it easy to manoeuvre and there is good visibility. The ride is fairly soft too, making for smooth and quiet motorway journeys.

Volkswagen does produce the T-Cross with a 1.6-litre diesel engine in other markets, but says it won’t be offered in the UK unless there is a shift in demand for the fuel.

The base S model comes equipped with alloy wheels, lane-keep assist and electric rear windows, over and above the same trim on the Polo.

It also has air-con, an eight-inch touchscreen with digital radio, and AEB.

The R Line sits at the top of the range featuring 18-inch alloy wheels, sportier bumpers and trim pieces, sports seats and a digital instrument cluster.

Fleet customers are likely to opt for the SE or SEL; although the latter is only available with the 115PS engine, priced at £21,430 – adding about £12 per month to the benefit-in-kind tax.

The T-Cross is more practical than a Polo and offers a more premium alternative to the Seat Arona. It should be cheap to run, easy to drive and dependable.

The main competitor may well be Škoda’s version, the Kamiq, which launches later in the year and is likely to be just as well suited to fleets, for less money.