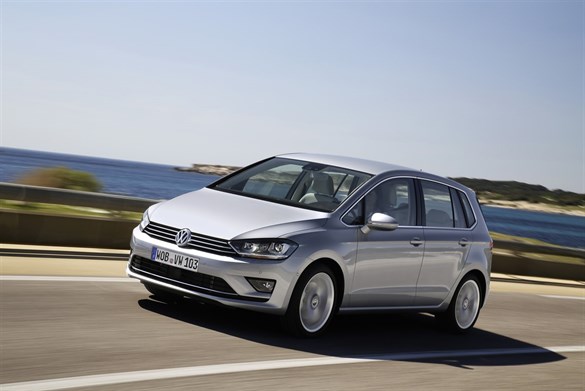 We tend not to like five-seat MPVs in the UK. Since the Vauxhall Zafira made popular the seven-seat people carrier in a compact car footprint (later adopted by many others), an increasing number of drivers with families in the UK have seemed to buy choose on the basis that one day they might need those extra seats.

A decade ago Citroen did well with the Xsara Picasso, but cars like this have been usurped in the UK by more versatile alternatives.

What’s more, seven seat people carriers like the Zafira and Renault Grand Scenic and Ford Grand C-Max have allowed drivers to downsize from larger MPVs. Long gone are the days when the best-selling seven seaters were cars like the Chrysler Voyager and Renault Espace.

So it was perhaps an uphill battle for Volkswagen when it introduced the Golf Plus in 2005. The tide had already begun to turn in favour of seven seaters, and Volkswagen already had the capable Touran in its line-up.

When the car begun arriving on the used marker, it was fetching values a few hundred pounds lower than a five-door Golf hatchback, partly because the Golf itself was such a strong draw and was well understood by used car customers.

Elsewhere the fortunes of the Golf Plus were more positive. With registrations of 900,000 since the car was introduced in 2005, it fared better in mainland Europe, and in Germany made up 20% of Golf sales.

It was a car worth replacing, but perhaps required a change of strategy. The name for the second generation model in markets outside the UK is Golf Sportsvan. Here it will be Golf SV – perhaps because van is more associated with vans than people carriers here.

The design is also more distinctive and a few tricks have been deployed to give it a more elegant profile. It has a longer wheelbase than the Golf, and is 134mm longer than the Golf Plus, although shorter than the Golf estate.

Rather than having a solid C-pillar like its predecessor, the glass area has been extended, reducing the impression of height when viewed in profile, and the front wheels are closer to the front of the car. The door mirrors have been moved down from the A-pillar to extend the available glass area and improve visibility at the front.

The rear seats have a 40:20:40 split and can be moved individually forwards and backwards by up to 180mm. Minimum luggage space is increased by 76 litres compared with the Golf Plus, although sliding the rear seats forward adds another 90 litres. The front passenger seat can also be folded forward to create a near 2.5m maximum load length on one side of the car.

A Bluemotion version will be available based on the S specification, using a 110hp 1.6 TDI engine, and it is expected to have CO2 emissions of 95g/km, making it the only non-hybrid MPV that currently qualifies for the 100% writing down allowance.

The Bluemotion is the only Euro 5 engine for the Golf SV at launch, as the Euro 6 version isn’t ready yet, although Volkswagen has said the changes required for Euro 6 are unlikely to increase CO2 emissions or price.

We drove the 150hp 2.0 TDI GT variant, fitted with the optional smooth-shifting  DSG transmission (available on almost all versions of the Golf SV). With CO2 emissions of 125g/km (10g/km higher than for the manual), it could be a little off putting. Also, this six-speed DSG on the diesel differed from the seven-speed transmission option on the 150hp petrol 1.4 TSI, where it actually results in lower CO2 emissions than for the equivalent manual (126g/km compared with 130g/km).

Like the Golf hatchback, the Golf SV is strong on refinement and despite the extra height over the hatchback the SV feels nimble on twisty roads with a surefooted feel, precise steering and excellent stability.

It’s possible that versions without sports suspension won’t feel quite as agile at higher speeds, but the trade-off will be in a slightly more compliant ride.

The challenge for Volkswagen was to try to get the Gold SV to step out more from the Golf’s broad shadow. The changes are more significant than for the Golf Plus, and there is a better chance than ever of customers in the UK taking the plunge.

But with such a capable car in the standard Golf hatchback, it will still be difficult for the SV to make an impression.