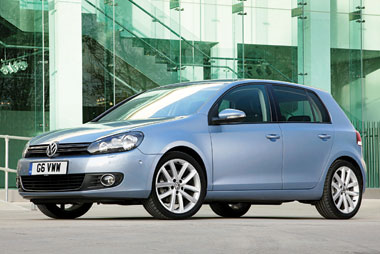 This has never happened to me before, and I’m at a loss to explain it.

You see, I have finally bettered the claimed fuel economy figure from a car manufacturer.

My usual economy is normally well adrift of the car’s official figure, but already, after just two weeks of ownership, I’m returning an average of 57.7mpg in our new Golf.

That translates into a realistic range of more than 500 miles between fill-ups, and that’s including a lot of fast motorway work.

I’m full of admiration for the Golf. It is effortlessly achieving astounding fuel economy while also being a well made and sporty hatchback – especially in GT trim with its chunky alloy wheels and well-bolstered front seats.

You can see why ACFO members voted the Golf their car of the year last year, and why it is the current Fleet News Best Small Family Car.

The accolades are not just based on gut feeling either.

A few figures make the Golf stand out. In top-spec GT trim it costs around £1,000 less than a comparable Ford Focus 2.0 TDCi Zetec S or Vauxhall Astra 2.0 CDTi SE, while its residual value performance is second-to-none for a volume manufacturer – 41% of cost new retained after three years and 60,000 miles (the aforementioned Focus and Astra manage 26% and 29% respectively).

It drives very well, too. Flat, surefooted cornering, a comfortable ride and a punchy 2.0-litre, 140bhp diesel engine which pulls smoothly from low revs in a high gear.

The only downside detected so far is the rather clattery nature of the car at idle.

That glitch aside, its easy to see why the Golf enjoys so much success in the fleet market.

It’s well priced, comfortable, good looking and has that classless appeal which attracts user-choosers in their droves.

The Golf is impressing me deeply after just a few hundred miles. With so many talents, I think it is going to carry on delivering on the delight for many more thousands of miles.