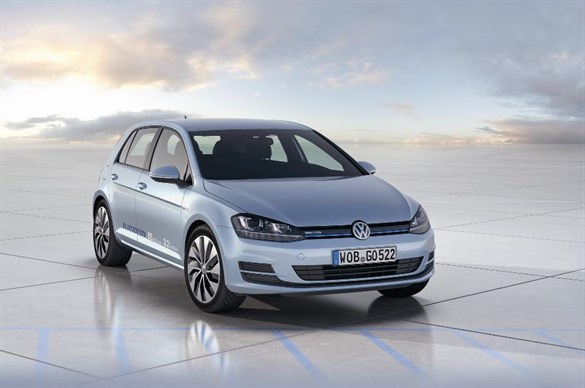 If there is one criticism of Volkswagen that constantly resurfaces it’s the company’s tendency for conservatism.

From the mk4 Golf to the mk6, you’d be hard-pressed to notice the differences in design without the cars lining up side-by-side.

The new mk7? It follows a similar pattern. Yes, the back-end features smoother, softer curves with a horizontal crease running through the badge, and the bonnet has deeper slashes cut back from the lights to the A-pillar. It’s slightly longer and wider, too, but try playing spot-the-difference at a glance.

The Golf is the fleet car, popular with user-chooser and job-need drivers alike. And while the mark-to-mark changes remain evolutionary rather than revolutionary, this car is significantly different – and improved – over its predecessor.

And many of the improvements are in the areas that are fundamental to fleets.

The corporate-staple 1.6-litre TDI cuts CO2 emissions from 107g/km to 99g/km, due in part to a 100kg weight reduction; residual values are expected to increase a couple of percentage points; SMR costs will reduce – all of which adds up to cheaper running costs.

In addition, clever design engineering means the rear doors have been pulled further into the car so that in the event of a moderate rear-end collision there should be no damage to the doors. Volkswagen believes this will help to reduce insurance premiums.

This will help fleets to reduce crash rates, while every model now comes with stop/start for improved economy.

Surprise and delight features include a space under the boot floor to store the hatch tray when not required, touch screen navigation with pre-empts where you are going to touch for speed and accuracy, a pull lever which lifts and lowers the towbar, and doors which swing open to any degree to cut down on car park prangs.

The new Golf also comes with electronic parking brake for the first time, with auto release, while Bluetooth is standard across the range.

Interior quality is at its customary high level, with tactile switches and soft plastics, although a cheap strip of hard, scratchy plastic on the doors running below the handle spoils the look a little.

While the 105bhp TDI is expected to be the popular seller, in late summer 2013 the 1.6-litre TDI Bluemotion launches. This all-new engine offers 110bhp, 5bhp more than the standard 1.6 TDI, and reduces emissions from 99g/km to just 85g/km, with fuel efficiency of 88.3mpg.

It will be priced slightly higher – expect an £800 premium – and while Volkswagen will run both models side-by-side for a time, it has not ruled out dropping the lower powered engine at some point.

That decision rests on whether it decides to bring the Bluemotion in both S and SE trim – the current car is available only in one trim.

Volkswagen predicts sales to be largely unchanged from the existing model’s 60,000, which account for almost three-quarters of total Golf registrations.

For now, the 1.6-litre TDI SE 105bhp five-speed manual will be the key model. Fleets can order from October 18; deliveries begin in January.

Additions to the line-up in 2013 include Bluemotion, GTi and GTD variants. An electric e-Golf will be launched in early 2014 (the UK will not take the CNG – compressed natural gas – version due to lack of infrastructure), followed by a plug-in version in 2015.