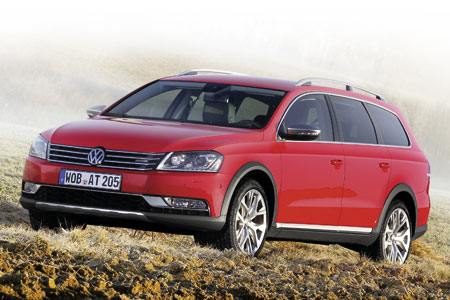 Vehicles with four-wheel drive have had a turbulent recent relationship with UK car buyers.
Only a few years ago, anything resembling a 4x4 and with a diesel engine had rock-solid residual values and was a prime candidate for user-choosers.

But as many fleets have excluded certain cars in a drive to cut CO2 emissions, some policies have ruled out four-wheel drive cars whether through increased fuel costs or difficulty in redeploying the vehicle when staff leave.

With an often reported anti-4x4 sentiment – particularly those used only in urban areas – some vehicles were targets of environmental campaigners who wanted to make it socially unacceptable to drive them, so it’s understandable if some employees didn’t want to take on another’s SUV.

After two harsh winters, attitudes toward them softened, but they still have the ability to polarise opinion. In the meantime, the number of cars that are targeting those who don’t need much off-road ability has increased.

People who perhaps tow a trailer or a caravan a few times a year and occasionally end up driving on tracks or fields have many vehicles to choose from, and Volkswagen is after a modest share of this market with the new Passat Alltrack.

It’s a Passat estate with four-wheel drive and ride height increased by 30mm over the standard car. Some versions in other markets will just have the more rugged looks without the benefit of all wheels being driven, but the UK will be available only as diesel and 4Motion.

The impact of a little extra weight and less slippery aerodynamics means CO2 emissions of 150g/km for the 140bhp version, while the 170bhp car (which comes with a six-speed DSG transmission instead of a conventional manual gearbox) achieves 155g/km.

We drove the more powerful variant which was also fitted with a number of optional safety features, including blind-spot monitor and a lane-keeping assist system.

While there are obvious, real-world benefits to this technology, the curious and perceptible frequent self-centring of the steering on the motorway became rather tiresome. The car felt much better with it switched off.

The Passat Alltrack also feels very much like a standard Passat to drive, given its modest height increase, with a high-quality feel and excellent refinement, but it is a far superior towing vehicle, with a maximum towing limit of 2,000kg.

Given its closeness to a standard car and a range of attributes that would put it on a par with a number of premium soft-roaders, it makes a strong case for the inclusion of sensible 4x4s on fleet choice lists.