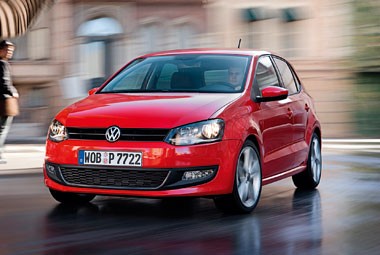 Volkswagen's new Polo is set to boost fleet sales in the public sector when it goes on sale in autumn.

"These are the people who still have money to spend and we are convinced they will appreciate the combination of style and quality on offer in this car. We also believe the Polo is on course to increase our success rate with councils and local authorities," he told Fleet News.

"The Polo will also be backed by the best residual values – it is our best small car package so far and we are confident it will beat everything in the sector by some margin."

Last year, Volkswagen sold more than 14,000 Polos to fleets and Kinner expects registrations to top the 12,000-mark this year in a smaller market.

With new power units offering up to 20% improved fuel economy, the supermini could be set for a significant role in helping fleets reduce costs.

The combination of a dramatic advance in appearance and a comprehensive interior makeover result in a notable upgrade in stature that could tempt user-choosers of larger cars to make the switch to the smaller Polo.

The kerbside attraction is underlined by an interior transformed by fresh production processes, superior plastics, high-grade materials and subtle aluminium detailing strips on the fascia.

Bodywork weight fall by 7.5kg despite the new car being longer and wider to offer sufficient space for four adults.

The result fully justifies Volkswagen’s claim of creating a class-leading interior that makes the car feel bigger than the average supermini.

With positive and secure roadholding and handling poise that remains intact irrespective of speed or road conditions, the grown-up Polo certainly provides more than a hint of the new Golf for both driver and passengers.

Remarkably, four 1.2 and 1.4-litre petrol engines all return 51.4mpg combined economy despite having outputs ranging from 59bhp to 103bhp.

The smallest and lowest powered unit will be the most popular with both fleet and private buyers.

The Polo will be available with seven-speed automatic DSG transmission.

A modified 1.2-litre engine with stop-start will allow the BlueMotion model to boast 85.5mpg with 87g/km emissions when it arrives next summer.

Sales of five-door versions start in October; three-door in December.

It might not have the Fiesta’s swoopy lines, but the sleek styling of the fifth-generation Polo still wins admiring glances. Inspired by the sporty Scirocco, the car is backed with a classy cabin boasting good accommodation despite a lower roofline.

High levels of refinement should help this model persuade more drivers to downsize.