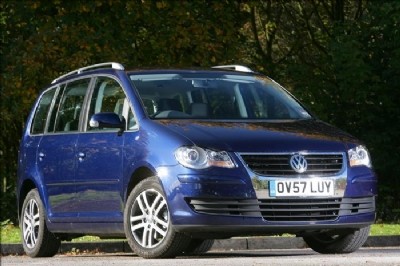 Fleet managers are rightly focused on the challenge of coping with rocketing fuel prices at the moment, with the £5 gallon a reality for diesel and petrol drivers.

The price rises are raising serious questions about whether drivers should be opting for diesels to save money, as the price differential at the pumps seems to be widening.

During a recent petrol fill-up for our Touran, which cost £1.15 a litre, I noticed that diesel was being sold for £1.26 a litre (I was at a motorway services).

If a diesel driver had taken the premium ‘super diesel’ option, his fill-up would have topped £1.30 a litre.

So are diesel drivers actually seeing any fuel savings?

Time to get the calculator out.

As a benchmark, I looked at a diesel Touran 2.0-litre TDI.

At face value, the diesel wins, with 46.3mpg versus our petrol engine’s 38.2mpg.

Using the Fleet News average fuel cost figures, I calculated the average pence per mile figure for each car.

But when did you last achieve the manufacturer’s stated fuel economy figure?

I know from driving the petrol Touran that 37mpg is a rough average of what is achieved in day-to-day running.

But when I have driven diesels, 40mpg – 42mpg has tended to be my average.

So, according to my estimates, if you drive a diesel Touran and your heavy right foot is achieving 40mpg, a petrol would have been a better bet in terms of your private fuel costs.

Clearly there are other costs to consider, but this was one of the crucial issues I wanted to get to grips with while driving our long-term Touran.

For many drivers, whether or not to opt for a diesel or petrol model will be driven by CO2 emissions, but they need to consider all the costs they will face before making a final decision.

The debate doesn’t end there though, as both the Touran petrol and Touran diesel emit more than 160g/km of CO2, which is a key issue for fleet managers.

From next year, a new capital allowances system is introduced that penalises vehicles producing more than 160g/km, whether they are leased or purchased.

Capital allowances is a system that allows companies to offset the cost of items used for their business against their tax bill.

From April next year, cars emitting 160g/km or below will attract a 20% writing down allowance (the amount by which the cost of a car can be offset against tax).

However, for cars emitting 161g/km or more, the writing down allowance will be just 10%.

For leased vehicles, the entire allowable lease cost can be offset against tax for cars emitting 160g/km or below, but for cars producing more than this, 15% is disallowed.

Put simply, if your cars produce more than 160g/km, more of your profits will be taxable each year and it will take much longer to reclaim the cost of the vehicle against your tax bill.

In this case, the pendulum swings back towards diesels because of their low CO2 emissions, but there are only relatively few Tourans available that produce under 161g/km.

It’s complicated, costly and will play havoc with your fleet choice policies, but you need to prepare now if you want your fleet to be tax efficient in time for next year.

The Touran has now passed the 10,000-mile mark and will soon be moving into ‘one careful owner’ territory, nearly a year since I became ‘Touran man’.

During its time with Fleet News, it has won nothing but plaudits, particularly for its award-winning 1.4-litre TSI engine, which has proved it can take the fight to diesel rivals and potentially win.

It has consistently returned fuel economy within a whisker of its official combined average of 38.2mpg and has taken everything from six passengers to a Christmas tree without fuss.

It has also stood up to the ultimate test – a car full of kids intent on testing build quality to the limit.

Other Touran drivers I have chatted to are equally impressed, with ‘reliability’, ‘build quality’, ‘flexibility’ and ‘brand’ among the most repeated words.

In short, this is a stellar family performer which offers a perfect blend of fun, frugality and flexibility, with very strong running costs to please any fleet manager.

After nearly a year, I still enjoy it immensely. I always tend to miss my long-termers when they leave, but I feel I will miss this one more than most.