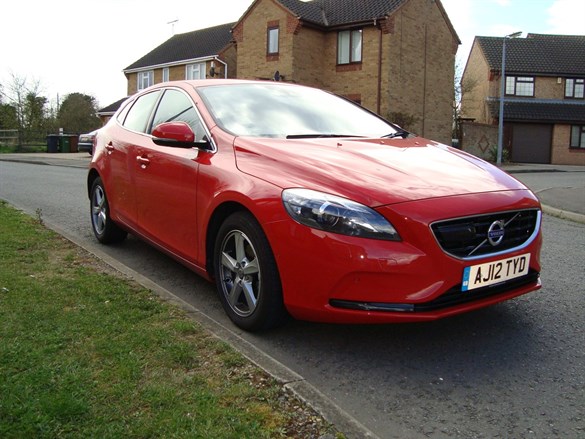 The Volvo V40's true premium credentials have been debated in these pages before, and after a few weeks of running it I sit firmly in the 'yes, it is premium' camp.

It's doesn't offer a traditional premium feel as delivered by the usually dark, sombre cabins of an Audi or BMW, but its interior offers a fresh, modern feel, with materials and build quality as good as that found in the German manufacturers' cars.

It's also full of nice touches which on their own may not seem like much, but have a much greater cumulative effect.

These include a rear-view mirror without a plastic surround, a brushed metal finish for the centre console and a gearknob which has a clear top illuminated by a white LED.

The dials, instrument panel and media/sat-nav screen are also illuminated white, which gives a clean, clinical and classy feel.

A good example of this is the speedometer. When the car is in motion, only the numbers 20mph each side of the actual speed are illuminated white – the remainder stay hidden on the black background. It's a really nice touch.

Unfortunately in our test car, the use of light colours extends to the cloth seats, which have become grubby through normal use and are beginning to let the overall appearance of the interior down.

However, they are exceptionally comfortable, which goes a long way to making up for their looks.