"The good news is the ID3 certainly does not fail to impress." 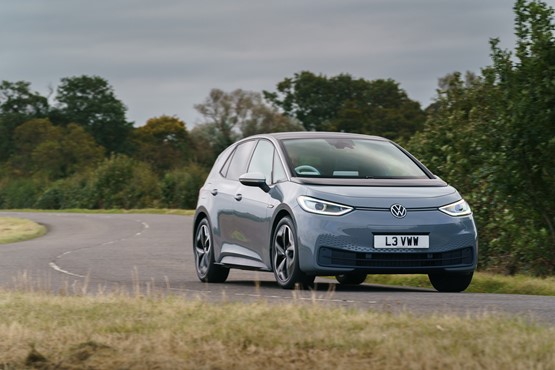 Of all the cars launched this year, the ID3 is perhaps the one with the biggest weight on its shoulders. That’s not because it’s particularly revolutionary – there are already EVs on sale that ‘technically’ offer much the same – but, Volkswagen is the ‘people’s car’ and the ID3 represents a lot more than just price, range and charging time.

The platform that underpins this unassuming electric hatch is the starting point for an entire stable of new EVs from the VW Group. If the ID3 fails to impress, it could sour the appetite for many new EVs to come.

It’s the figurehead of VW’s new ID sub-brand, of which the carmaker expects some three million registrations by 2025.

The good news is the ID3 certainly does not fail to impress. It’s really rather good and in ways that you probably wouldn’t expect.

Until now, electric cars have largely fallen into two camps: cheap and boring or expensive and exciting. The ID3’s job is to appeal to the masses, providing affordable and easy-to-live-with motoring, while also entertaining those that have a deeper interest in cars.

Making an electric car fun isn’t particularly difficult. But retaining that element while also delivering on the numbers and practicality is something that hasn’t really been achieved by any carmaker yet. 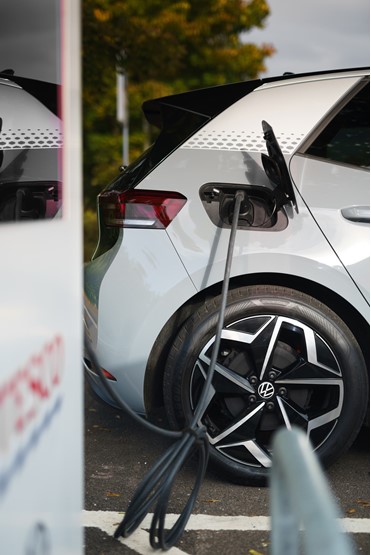 With the ID3 there’s a sense that we’re getting there. It’s got cool looks, a funky interior, plenty of space for a family and prices start at £33,000 – about the same as a Golf GTI.

There’s all the usual amenities and driver assistance systems that you get in other VWs.

It can sit on the motorway at a sensible speed unflustered and, if you want to really drive the wheels off it, you can still have fun.

The model we have on test is the 1st Edition, which is powered by a 204PS electric motor and uses a 58kWh battery pack. It promises a 260-mile range and can accelerate from 0-60mph in around seven seconds.

Next year, the range will expand with cheaper options including a lower-powered 150PS motor and a smaller battery with a 205-mile range. There is also a long-range version with a 77kWh battery, which can travel up to 340 miles on a single charge.

Power is sent to the rear-wheels, which is not particularly common on run-of-the-mill family cars and makes the driving experience much more engaging. Primarily, this was done to maximise space at the front of the car. We were expecting the ID3 to feel numb and detached, but it isn’t.

The handling characteristics have been dialled in well and, combined with the instant torque from the motor, enables the car to make swift progress. The steering is livelier than we’ve experienced on other VW Group models, helping to give an overall feeling of lightness to the car despite its not-inconsiderable 1,800kg kerb weight.

Provided you don’t drive it too aggressively, the ID3 should achieve an efficiency of around 4mi/kWh giving a realistic range of roughly 230 miles. When it comes to charging, the car can achieve 80% capacity in 30 minutes when using a 100kW DC rapid Type 2 AC charger (or one hour on a 50kW). But will take nine hours for 100% fill on a normal 7kW home charging unit. On AC charging, the maximum charge speed is 11kW, so a 22kW fast charger still takes 5.5 hours.

In order to simplify the ownership experience, VW has kept things as minimalist as possible in the interior. 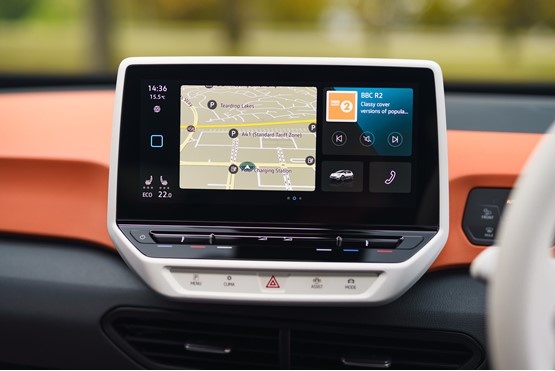 The majority of functions are controlled via the touchscreen, which uses the same software as the new Golf. In front of the driver is a smaller display for speed, charge level and range, while all the ‘buttons’ are actually touch-sensitive panels.

The gear selector is mounted to the right of the steering wheel and you simply push it forward to advance or pull it back to engage reverse. There’s also a single-stage regeneration mode that can be switched on or off, although the car will automatically apply the system to slow itself down if you’re coasting and the car senses another vehicle ahead.

Is the ID3 the perfect electric car then? Well, it is very good; but we aren’t quite there yet. There’s no doubt it will have mass market appeal, especially while benefit-in-kind (BIK) tax is preferential, and it is considerably more modern and better to drive than a Nissan Leaf.

However, VW needs to iron out a few software niggles, refine the ergonomics and wait for the rollout of more easily accessible rapid chargers before the ID3 will be ready to replace the Golf as the ‘go-to’ car.