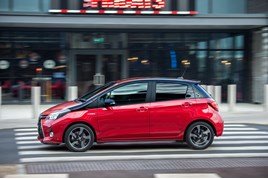 Salary sacrifice for car specialists Tusker has released some clarification on changes to benefit in kind tax, saying that more than half of customer orders planned for 2017 will not see a difference in cost.

​Tusker modelling shows more than half of forecasted 2017 orders would not be affected by the new rules, either because drivers will opt for a ULEV or because the drivers will already be paying more in benefit-in-kind (BIK) than the salary being sacrificed.

For the rest, over a quarter will see an average increase of just over £2.44 per month.

In the approximately 11% of vehicles where there are larger increases we would expect drivers to simply opt for another car which isn't affected to anywhere near the same degree.

The company says its car benefit scheme remains an attractive option for employees to run a new car, as it includes insurance, road tax, servicing and breakdown cover.

Drivers are still able to make savings on retail pricing thanks to NI savings and manufacturer discounts, and for organisations there will still be no cost to implement and run a scheme.

Tusker is clarifying that the schemes have not been scrapped - all that has changed is the tax treatment.

A driver taking a car, emitting more than 75g/km CO2, will pay either the BIK tax on the car or the income tax on the amount of salary being sacrificed if that is the greater amount.

The changes come into effect from April 6th 2017 for new agreements and existing ones are protected until April 2021.  ULEVs are completely exempt from the changes.

National Insurance (NI) for employees is not affected by the new rules. The Government has been clear that NI savings remain for all employees.

There are no financial costs to implement or run a Tusker Car Benefit scheme and employers can still make savings for each car ordered.  When employees choose a car on the scheme it won't cost employers any more than if they had opted for the cash.

Tusker has seen more than fifteen new schemes launch since the tax treatment was clarified in the Autumn Statement.

The savings for ULEVs are greater under salary sacrifice under the new rules, but drivers can continue to choose from thousands of makes and models with varying savings depending on their own circumstances and the CO2 rating for the vehicle.

Where applicable pension contribution savings remain as they are not affected by the changes.

David Hosking, Tusker chief executive, said: “There were many rumours about what was going to happen to salary sacrifice before the Autumn Statement and almost all of them turned out to be completely wrong.

"The Government confirmed that employee car schemes can continue as a benefit of employment, and that they will be treated differently to other salary sacrifice benefits.”

With changes to other salary sacrifice products re-shaping some employer’s benefit packages, Tusker is quietly confident that the popularity of these car schemes will continue among both employers and employees.

Hosking said: “Now that we have all the facts about the changes we can dispel the false rumours and assist employers in offering what for most, will continue to be the highest valued employee benefit.  It’s safe to say that reports of the death of salary sacrifice have been greatly exaggerated.”