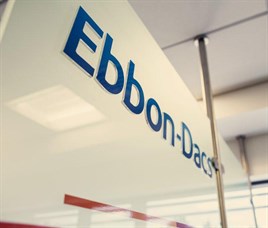 Ebbon-Dacs has enhanced the capabilities of its electronic vehicle delivery and collection solutions, MoDel and MoDel-VM, so that they can now be used on all Android smart phones with screens of five inches or bigger.

The Oxford-based software solutions provider has further extended the functionality by adding a schematic of a generic van to the flat screen capability that allows users to record and notify areas of damage on vans as well as cars on both solutions.

The schematic damage reporting can be relayed instantly to end users and helps speed up the collection and delivery process. As a result, invoicing and payment is  more efficient as the condition of all vehicle types, both cars and vans, can now confirmed more rapidly, thus helping ease any cash flow issues for vehicle suppliers, says Ebbon-Dacs.

MoDel is the UK’s most widely-used delivery and collection solution and has seen the volume of vehicle transactions it handles increase to 18,000 vehicle movements per month, mainly for contract hire and leasing companies, associated logistics companies and dealers.

It is currently being employed by 16 of the UK’s largest contract hire and leasing companies, which between them manage around 850,000 company vehicles and are also users of Ebbon-Dacs’ Leaselink e-procurement platform which sources around 150,000 new vehicles a year.

MoDel-VM is the stand-alone equivalent  version of moDel that offers the same level of functionality to companies which are large movers of vehicles but not necessarily members of the Leaselink community, such as logistics companies, daily rental suppliers, auction houses and dealers.

As well as the new smart phone and vans initiatives, Ebbon-Dacs plans to release a number of new features to Model-VM to make it more user-friendly.

Ebbon-Dacs’ implementations and product manager, Michael Terry, said: “In the last 12 months, we have been  delighted with the growing use of our MoDel and MoDel-VM solutions, which  have become the benchmark systems for fully automated vehicle collection and delivery within the fleet market.

“By opening up their use to smart phones and increasing accessibility for more users, and by adding vans to the flat screen function so that lcvs can be handled as easily as cars on both systems, we have now ensured that the country’s leading vehicle collection and delivery solutions just got better.

"Along with the mobile phone and vans capability, we are about to launch a number of new features within model-VM which we believe make it still more attractive and user-friendly.”